With Kirkland Back, Here Are the 6 Most Decorated Huskies

With Jaxson Kirkland back on the roster, the University of Washington football team, when mulling medals, promotions and service honors, basically regained his 5-star general.

No one in the Pac-12 is as decorated as the 6-foot-7, 310-pound offensive tackle from Vancouver, Washington.

Only Kirkland has been a first-team All-Pac-12 selection not once but twice among all of the conference players returning for the 2021 season.

All of a sudden, the Huskies’ talent pool looks that much more glossy with its sixth-year senior returning with all of his accolades, which last season also included Outland Trophy consideration and preseason All-America attention.

Kirkland came back to solidify himself as a first-round NFL draft pick and remove the bad taste left by a disastrous 4-8 season. He’s always been very calculated about how he’s going to do things when it comes to his football career.

With the left tackle at the top of the list, the following are six Huskies who have been recognized among the best players wherever they’ve played, whether it’s in the Pac-12 or in another conference.

Jaxson Kirkland has started 39 games for the Huskies.

The son of Dean Kirkland, who was a 1990 first-team All-Pac-10 offensive guard for the Huskies, this second-generation Kirkland has started every game in which he’s appeared over four previous seasons, including the Rose Bowl. That’s 39 contests and counting. While he’s determined to become a first-round NFL draft pick, which, of course, is where the big-money contracts are found, draftwire.com thinks he’s still on track. Earlier in the week, the website projected Kirkland as the No. 30 players going into the 2023 opening round. Keep him healthy on a successful team, and that draft slot could go a lot higher. 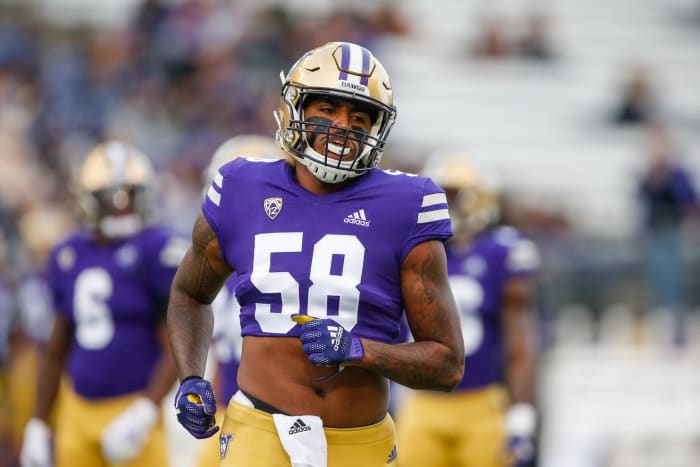 Zion Tupuola Fetui hopes to return to 2020 form for the UW.

If only that Achilles heel hadn’t ruptured on him a year go in spring practice, ZTF either would be in the NFL right now or returning for one more college season with a ton of personal rewards to build on. The edge rusher was a first-team, All-Pac-12 selection in 2020, a third-team Associated Press All-America pick and more. Last fall, however, he appeared in just five games because the Achilles tear gave him a late start and a concussion ended his season early. A healthy, productive campaign could bring ZTF similar attention to what he received two years ago and make him a high NFL draft choice next April. 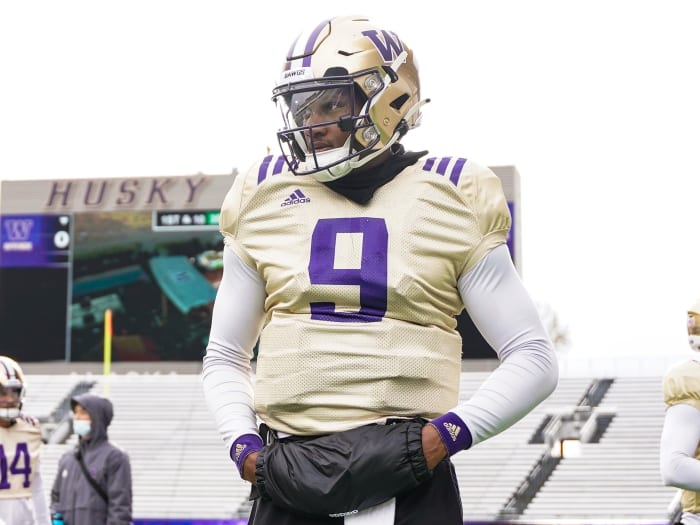 At Indiana in 2020, Michael Penix Jr. was the second-team All-Big Ten quarterback.

The Husky newcomer from Indiana had an experience similar to ZTF. In 2020, the left-hander was named as the second-team All-Big Ten quarterback selected by both the coaches and the media, ranking behind Ohio State’s Justin Fields on the first team and ahead of third-teamer Peyton Ramsey of Northwestern. Last season, Penix appeared in five games for the Hoosiers before he was lost for the season with a shoulder injury when a Penn State linebacker drove him into the ground. Prior to the injury, Penix was leading the Big Ten in passing yardage, yards per game, passing touchdowns, completions and attempts. 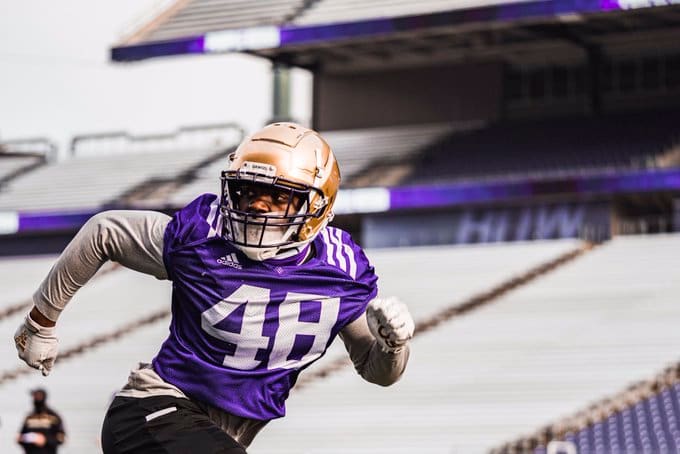 Eddie Ulofoshio has had a tough time since he was second-team All-Pac-12.

Ulofoshio experienced similar luck to ZTF and Penix by enjoying a breakout 2020 campaign before suffering a shoulder injury and missing half of last season. A knee injury will force him to start late in the upcoming season. Otherwise, the inside linebacker earned second-team All-Pac-12 honors when he was at his best two years ago, topped by a career-high 18 tackles against Stanford. Keep him healthy, and Ulofoshio could be a first-team All-Pac-12 linebacker before he’s done. 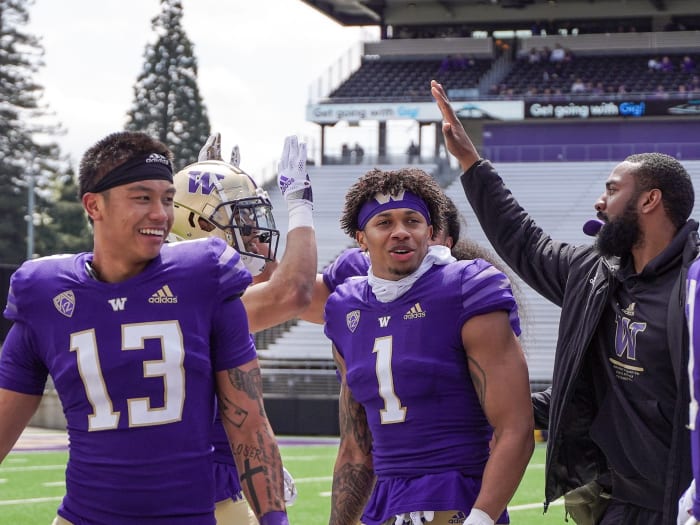 This cornerback has a Kirkland-like resume, only at a lower level — he was a two-time, first-team All-Big Sky selection and a three-year starter for UC Davis, where former UW coach Chris Petersen once played quarterback. Perryman turned in a sterling stat line last fall of 83 tackles, 12 pass break-ups, 2 fumbles recovered, a caused fumble and an interception. He’s trying to uphold some Husky lineage now that he’s in Montlake: Perryman played as a senior at Hanford High, the same Southern California school that produced Husky cornerback Mark Lee, who became a first-team All-Pac-10 choice and a 1980 second -round draft pick for the Green Bay Packers. 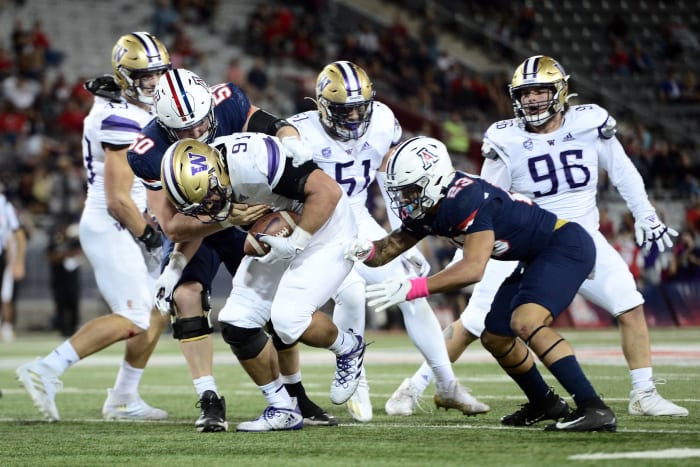 Surprising himself, Tuli Letuligasenoa intercepted an Arizona pass and returned it 4 yards.

Letuligasenoa played for a sorry Husky run defense that gave up a generous 193 yards per game, including 343 to Michigan and 329 to Oregon. Yet the junior defensive tackle was honored as an All-Pac-12 honorable-mention choice. He collected 36 tackles, including 6.5 for lost yards, and had a sack and a pass break-up. Maybe it was his interception with a 4-yard return at Arizona that pushed him over the hump for league recognition.

Go to si.com/college/washington to read the latest Husky FanNation stories as soon as they’re published.

Not all stories are posted on the fan sites.

Seattle Seahawks have further to go than other NFL teams