Born in Flintshire in 1791, Reverend Robert Everett emigrated to the US from Denbighshire in 1823, and became a leader of the Welsh-speaking abolitionist movement

A Welshman has been recognized for his work trying to abolish slavery in the USA in the 19th Century.

Reverend Robert Everett emigrated to the US from Denbighshire in 1823, and became a leader of the Welsh-speaking abolitionist movement.

His work involved translating works into Welsh and helping people flee from slavery.

Mr. Everett will be inducted into the American National Abolition Hall of Fame for his anti-slavery work.

He will join the likes of Harriet Tubman following his induction on Saturday and Sunday.

Born in Llanasa, Flintshire, in 1791, Mr Everett was ordained a congregational minister and appointed to Swan Lane Chapel in Denbigh in 1815.

He emigrated to America in 1823 to minister at a Welsh congregational church in Utica, New York state, which was then considered the unofficial capital of Welsh-American communities.

In 1838, he took charge of two Welsh chapels – Capel Ucha and Capel Penmynydd in the villages of Steuben and Remsen, near Utica.

“He probably did more than anybody else to radicalize Welsh-speaking Americans and enlist them in the anti-slavery movement,” said Professor Jerry Hunter.

The American academic, who now works at Bangor University, came across Mr Everett’s work through his research into Welsh writing in the US.

At the time, he said America had many vibrant Welsh-speaking communities, which supported a Welsh language publishing industry. 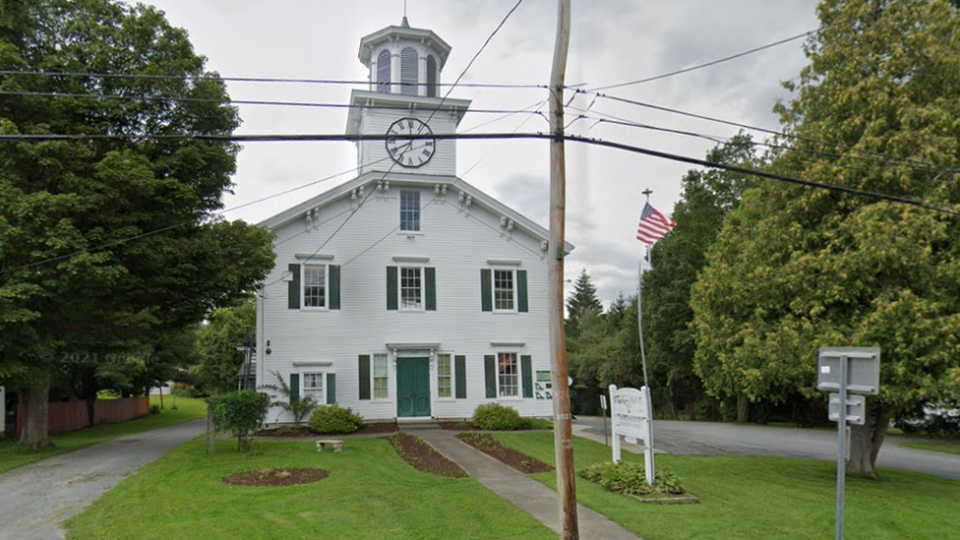 The American National Abolition Hall of Fame Museum, in Peterboro, New York state, honors abolitionists, their work to end slavery and the legacy of that struggle

Mr Everett pushed the abolition of slavery to the forefront of these newspaper and magazine editions.

As the editor of Y Cenhadwr Americanaidd (The American Missionary), he printed anti-slavery material and a 10-point campaign plan to enlist Welsh Americans to the cause.

But abolition was not the only issue on the campaigner’s mind: women’s rights, pacifism and temperance were also on his agenda, according to Prof Hunter.

Mr Everett’s papers also revealed he was involved in translating abolitionist works into Welsh and that he assisted fleeing slaves.

His political preaching was not welcomed by everyone, but Prof Hunter argued his radicalism was an intrinsic part of how he defined non-conformist religion.

Ted Engle, an American of Welsh descent and one of the group who proposed the nomination, said he was “embarrassed” by the fact he “really didn’t know how influential Everett was”.

“Much has been forgotten even in our area with deep Welsh roots and it seemed unthinkable that we were not more knowledgeable.”

Around the BBC iPlayer banner

Around the BBC iPlayer footer