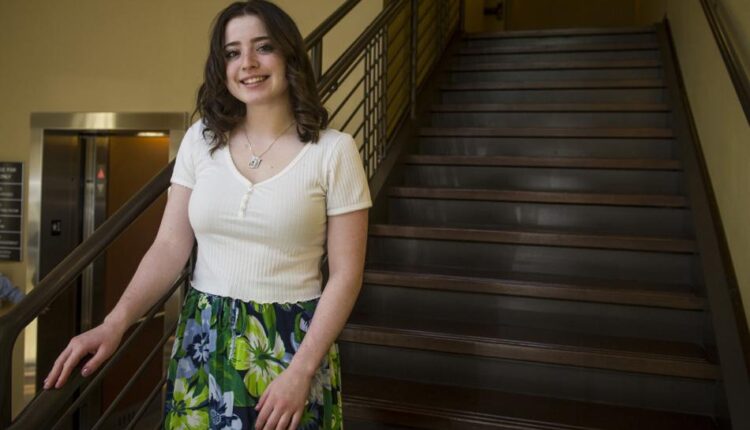 June is a month dedicated to building a culture of celebration, recognition and support for the LGBTQ + community. Walla Walla’s Triple Point program of the Children’s Home Society, a nonprofit that serves youth and families, puts these values ​​into practice through its weekly group meetings for LGBTQ + youth ages 13-18.

Triple Point offers this community of teenagers the opportunity to build support, friendship, and community with one another by discussing their identity, life, school, and participating in activities together.

Triple Point stopped meeting face-to-face due to COVID-19, but they have found creative ways to keep supporting their youth even during a pandemic.

The program enabled so-called “goodie bag drop-ins”, at which a few young people showed up in the office, picked up their goodie bags and checked in with the group leaders.

“That kind of support is even more necessary when you’re stuck at home, and when you don’t have a great home environment it’s really difficult,” said Triple Point host Olivia Bell.

Now the program is meeting virtually, making group meetings more accessible for young people who were unable to attend in person before the pandemic began.

For Pride Month 2021, Triple Point is working to raise awareness of the history and education of LGBTQ + on their Facebook page, while also raising funds to subsidize their program.

Triple Point will announce their efforts and opportunities to attend the 2021 Pride Block Party on June 26th at The Ink from 5 p.m. to 8 p.m.

It will be a family friendly event with food trucks, other stalls and LGBTQ + performing artists.

To expand their reach and maintain funding for their program this month, Triple Point has partnered with local winery The Walls.

“The Walls wanted to celebrate Pride by partnering with a local organization that worked with the LGBTQ + community. It was important not only to highlight our own support for pride and the LGBTQ + community, but also to help create an often invisible population in Walla Walla and an organization that is working to create a safe space for these young LGBTQ + people, take center stage, ”said Kathryn Padberg, director of retail sales at The Walls.

Triple Point was previously funded through grants that have now been redeployed to programs with fewer resources.

It relies on donations and fundraisers to help with the provision of food and other resources related to weekly meetings. The funds will also be used to provide youth with games, LGBTQ + items, and educational opportunities such as college tours.

Other ways to get involved and support Triple Point during Pride and year-round include volunteering and making direct donations to the organization, she said.

By fall, the program hopes their weekly get-togethers will move to a hybrid model that teens can attend either in person or virtually.

Triple Point originated in Vancouver, Washington and has since established two additional locations in Wenatchee and Walla Walla.

Another Big Talent Could Be Leaving ESPN