Smoke comes from the eaves of a south Everett apartment building. 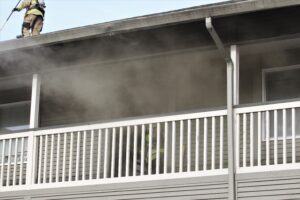 Smoke comes from the front door of an upper unit. 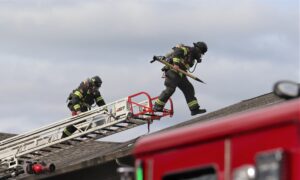 A Firefighter from South County Fire brings a piercing nozzle to the roof. 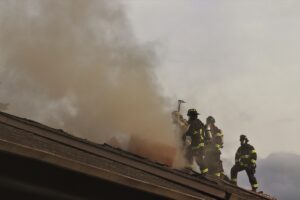 Crews work on the roof. 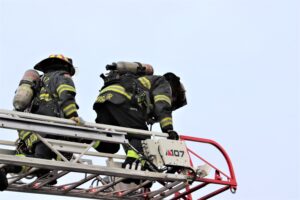 With the fire out, investigators from Everett Fire access the roof.

Investigators with the Everett Fire Department are on scene at the Bluffs Apartments on Casino Road working to determine the cause of a fire that broke out Thursday afternoon.

About 5:20 PM neighbors reported smoke coming from an upper-level apartment in one of the buildings. People were able to get out safely.

Crews were able to contain the fire to those units attacking through the interior as well as through the roof.

It took about 90 minutes to get the fire completely out.

A second alarm was called bringing crews from around the area to assist Everett Firefighters.

One Everett Firefighter suffered a sprained ankle and was transported to the hospital to be checked out. There were no other injuries.

The American Red Cross was called in to provide overnight housing assistance to families from the units affected.

We’ll update as additional information is made available by Everett Fire.

US Rep. Gaetz’s Diagnosis of What’s Driving Insulin Costs Misses the Root Cause