Truck accident blocks large parts of I-84 in Oregon 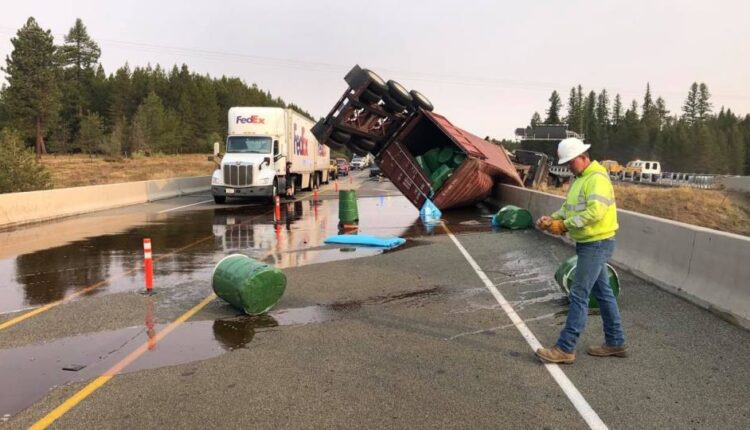 Virtually all of the east and west lanes on a section of Interstate 84 in eastern Oregon are closed due to a trucking accident. The Oregon Department of Transportation (ODOT) said it happened Wednesday morning near mile post (MP) 238 in the Meacham area.

ODOT said tow trucks and environmental cleanup teams have been on site to work on getting it reopened as soon as it is safe. Oregon Route 245 is also closed to through traffic.

The I-84 is closed in both directions in #easternOR due to a truck accident near the MP 238. A paving project in the area has both EB / WB traffic on the same bridge (one lane in each direction), so all traffic is stopped. (1 of 2)

Carolyn Randolph, a Vancouver, Washington motorist traveling to Idaho, told FreightWaves that traffic has been diverted to local roads, some of which are gravel. She said at least three UPS trucks were caught in the fuse in one place as they drove towards La Grande, Oregon.

Officials did not say what leaked from the truck and what caused the accident. Check the FreightWaves website and social media accounts for updates.