Some streets in downtown Everett were closed and others between Tulalip and Everett were slowed as a procession and memorial service were held to remember Tulalip Police Officer Charlie Joe Cortez, who was lost on duty at sea on November 17, 2020 had gone. A procession of law enforcement vehicles from tribal nations and law enforcement from across Washington state arrived from Tulalip to Everett, Washington around 11:00 a.m. The procession went south on Hwy 529 to Everett, along Marine View Drive, and then east on Hewitt Avenue to the Angel of the Winds Arena for the 1:00 p.m. service. Here are a few photos from MyEverettNews.com of the procession. Click on the photo to enlarge it.

The procession was led by about 50 motorcycles from various agencies across the state along I-5 and 529. 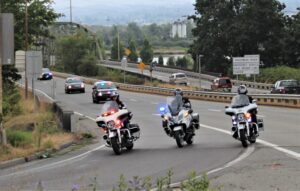 The turn off from 529 to Marine View Drive. 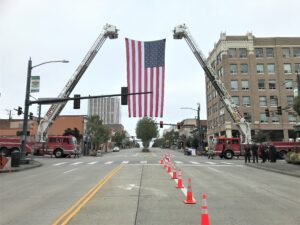 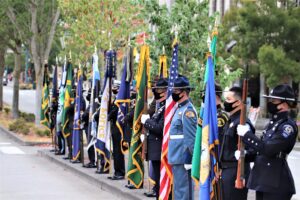 The honor guard consisted of officers from all over the state. 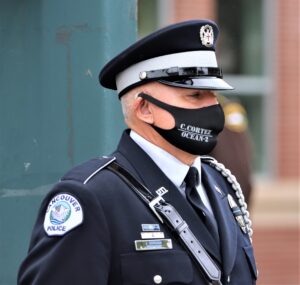 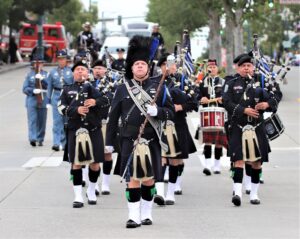 The scene when the procession moved east from Colby onto Hewitt. 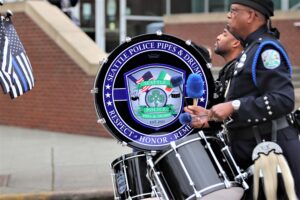 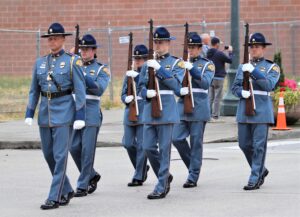 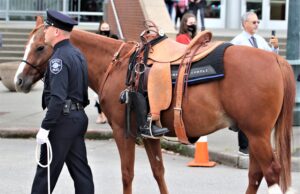 A riderless horse named Officer Cortez on the saddlecloth. 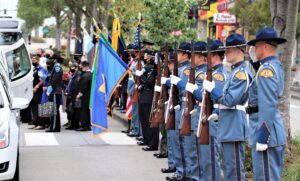 The procession arrives at the Lombard entrance to the Angel of the Winds arena.