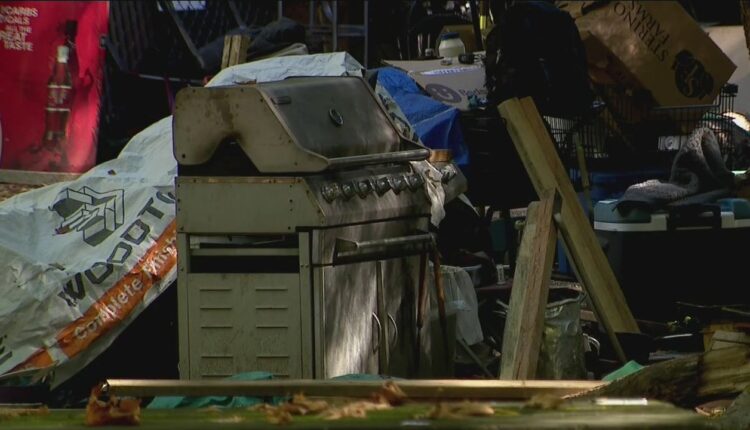 Homeless camps in Seattle city parks are nothing new, but some parents say they can’t sit back and relax.

SEATTLE – Homeless camps in Seattle city parks are nothing new, but now many parents say they can’t sit back and look away anymore.

On Tuesday, a group protested in Woodland Park in northern Seattle. Their goal: to take back their beloved park.

Woodland Park is known as a mecca for cross-country runners, with more than three miles of rolling hills that make it a popular destination.

But parents say the gem of a park is now banned, deemed unsafe, and affecting around 5,000 children training in teams across Seattle.

“I’m at the end of my frustration,” said mother Amy Graff.

They say homeless camps are blocking the way, but concerns go beyond that.

“My daughter will come home and say, ‘I saw a man and his butt,'” Graff said.

The situation is not human for the residents of the park either, says Kudla.

“Parents and runners have been assaulted since 2017,” said Seattle-based John Ward.

Throughout Woodland Park on Tuesday we saw tents, picnic areas turned into makeshift shelters and toilets that were forbidden to park visitors.

Parents say people have seen everything from repeated fires to prostitution.

“When does it end, will we just give up our parks because the city can’t find safe places for the people who live here?” said Kudla.

Seattle Parks and Recreation is denying running events and even parking lots are closed because they are considered unsafe.

“Yes, the city parks department is doing their best, but it’s the city council that has let kids in our community down,” said Ward.

Q13 News reached out to Seattle City Council on Tuesday. A spokesman said the council was not responsible for permits in parks, so they referred us to the parks department.

“Somebody’s got to do something; if the mayor doesn’t, if the city council doesn’t, it might be a couple of kids on a bridge with some signs saying, ‘We miss this, we miss this park,'” said Kudla.

Seattle Parks and Recreation says they have identified several other parks as alternatives for children, including Magnuson, Genesee, and Lincoln Park. The department says they continue to work with Seattle Public Schools in other areas.

But parents say these options don’t solve the crux of the problem.

When Graff and other parents held up signs on passing cars on Tuesday evening, counter-demonstrators appeared.

Some families with children left the demonstration early because they felt intimidated by some counter-demonstrators who had confronted them.

CONTINUE READING: “I don’t feel safe in town:” Neighbors worried after a woman’s body was found in the alley in north Seattle

TIED TOGETHER: 1 dead and another injured in shootings in north Seattle