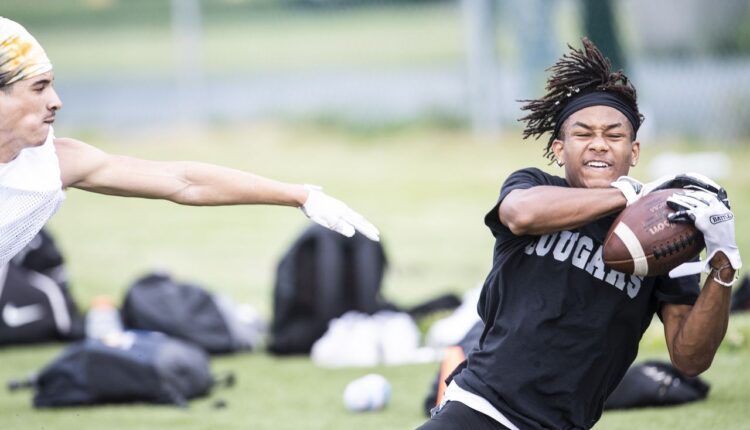 Calvin Everett didn’t talk about football long before he let out a small laugh and allowed himself to step back and put everything in perspective.

“Very rarely do we face such a situation,” said the coach.

Everett’s Harrisburg high football program has established itself among the best in the state for the past half decade. The Cougars played for two state titles during this stretch and could have played for another last season if COVID-19 hadn’t ended their season in the playoffs. Harrisburg has produced top notch talent along the way – a long list of guys who went on to play in college and now even in the NFL.

But the list of obvious stars for the upcoming season is short.

Receiver Kyle Williams has shown he can be a playmaker, and offensive linemen Roy Irvin and Tyshawn Black have been among Mid-Penn’s best for several seasons. There are also a few other guys – defensive end Terrell Reynolds, linebacker Anthony Day, Mahkai Hopkins, running backs Nayquan Prather – who have shown potential.

Scenes from High School Football 7 on 7 at Steel High

But for the first time in a long time, Everett’s pile faces a summer with more questions than answers.

“There’s a coin toss with many (positions),” Everett said. “There’s a fight in almost every position.”

And, said Everett, the Cougars are also struggling with a lack of numbers.

“We’ve been away all year,” he said. “Our boys haven’t been to school so there are a lot of new faces and new people. And we don’t get word of mouth in the hallways, so we only had 30 children between JV and Uni and we are a 6A school.

“So we don’t have the depth, the numbers, and we’re very, very young. We have many things that speak against us. “

How is Everett dealing with this?

And, he said, both players and coaches know how important the next few months will be.

“We have to train as hard as we have in the past and then we have to dig a little deeper and train them a little harder and a little bit smarter,” he said. “The coaches have to move up and bring these guys up faster.

“We need to grow and develop much faster than we expect our sophomores to do in most years,” he continued. “Every other year they are not expected to do much – play JV and watch the older boys in front of them and wait for their turn. This year we’re going to be dependent on lots of ninth and tenth graders to move up and play. “

CytoDyn will webcast on June 21st to discuss the blind