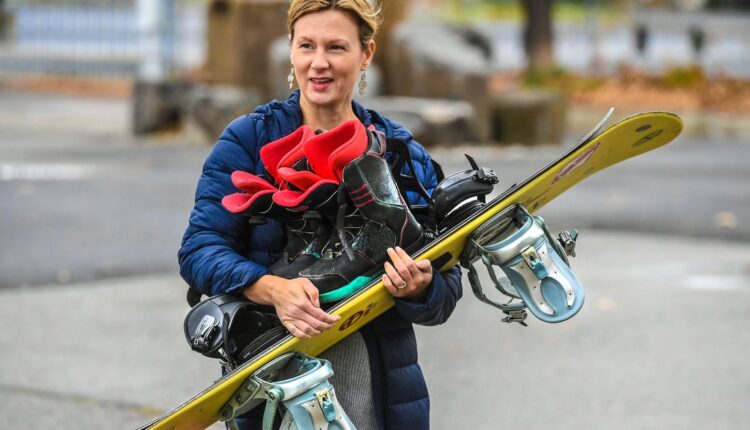 Well over 100 people stood or sat in line on Friday afternoon to get a “First Pick” at the largest ski swap in the Spokane region.

Due to the COVID-19 pandemic, several ski swaps in the area have been canceled this year, including the annual Mt. Spokane Ski Patrol swap. The Spokane Ski and Snowboard Expo at the Spokane County Fair and Expo Center bridges the gap.

Coeur d’Alene’s Tim Ochoa and his 12 year old son Carter arrived 1 hour and 45 minutes before doors opened on Friday at 4 p.m. and gave an early Black Friday feeling. Ochoa and his son came first and sat in beach chairs they had brought with them.

Tim Ochoa said they have gone to multiple ski swaps in the past and they can get a little crazy so they decided to arrive early.

“A lot of the products go pretty fast because they have pretty good deals. I think if you get there early you can kind of realize that and try to get the best deal, ”he said.

Tim Ochoa said he plans to buy new skis for Carter, boots and maybe skis for his wife.

Almost 60 people stood in line at 3:30 p.m. on Friday and that number doubled to 125 people 15 minutes later. The line to the building extended far into the parking lot.

“I actually thought there would be more people,” said Tim Ochoa.

Braelyn McManus and Zech Mallah, both 18-year-old college students, arrived about an hour and a half early and were rewarded as one of the first in line.

“I need skis, that’s why I’m here, and I’m a teen and I’m broke,” said McManus, who tried snowboarding and switched to skiing unsuccessfully last year.

She said her father and brother had come two hours earlier in the past few years and that he recommended that she leave earlier.

Mallah said he was looking for snowboard equipment like a jacket, helmet, goggles and boots.

Dale Roberts, organizer of the swap, said he hopes 2,000 customers show up each day.

The Spokane Ski and Snowboard Expo is held today from 9 a.m. to 6 p.m. at the Spokane County Fair and Expo Center.

Expo tickets are $ 5 for those ages 12 and older. A portion of all proceeds will be donated to the local food bank, Roberts said.