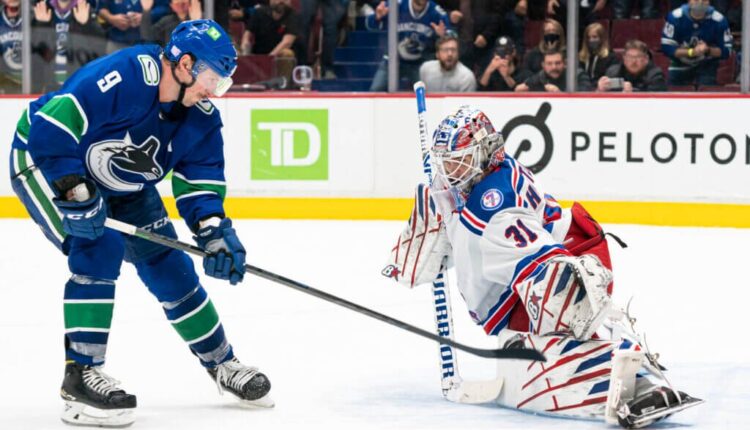 VANCOUVER – The great man who once wrote his thoughts for The Athletic after every Rangers game is missing a two-foot putt somewhere, and no one else could ever hope to make these observations as nightly as Rick Carpiniello. I won’t pretend to try.

But Tuesday’s overnight overtime loss here ended the Rangers’ first 10-game segment of the 2021-22 season, and that’s enough of the season to look back on what we’ve learned about the team so far.

The power game has evolved from a primary concern to a driver of the offensive. The five-on-five offense has grown from a big problem to – well, still a problem. There have been some hideous defensive zone games that smoothed out a bit on Tuesday. There is a lack of young players – literally and figuratively.

And above all stands the most powerful goalkeeper in the league.

Here we start with my 10 observations through 10 games:

Igor Shesterkin is really the main reason the Rangers stand 6-2-2 by 10 games, their best opening segment of 10 games since 2016-17. If you had to enumerate 10 reasons why they won games, Shesterkin would probably occupy around seven of these slots. On Tuesday, the Rangers stared at six Canucks power plays and erased all six, largely thanks to their goalkeeper. And his stop on JT Miller at 2-2 in the third was a nice thing.

However, the Rangers found themselves in a situation that most of their opponents have faced this season: a goalkeeper who went crazy at the crucial moment.

Montana’s Governor Nixed a Kids’ Vaccine Campaign, So Health Officials Plan Their Own

The “Eternals” Cast In Their First Major Roles VS Now