Scott Waller is a former Cisco and Microsoft systems engineer and network architect who was inspired by his experience as a volunteer firefighter and avalanche instructor to start an Internet of Things startup.

Waller and Thingy co-founder Andrew Smallridge knew they were on the right track when they received $ 25,000 in the EPA’s Wildland Fire Sensors Challenge in 2018. They worked in a garage for six months and finished only second behind a team from Carnegie Mellon University that has been developing its technology for years.

After leaving Cisco in 2019, Waller now heads Thingy as CEO. The startup generates funding from research grants and income from the construction and integration of sensor systems for a large number of customers. The environments range from vineyards to mountain slopes, but there is one challenge that almost all of them have in common.

“Connectivity is difficult when you’re in the middle of nowhere,” said Waller.

This is one of the reasons why Waller is interested in the expansion of its sidewalk network through Amazon. Thingy was one of two partners the tech giant highlighted in its announcement last week of Ring’s new Sidewalk Bridge Pro, a commercial hub designed to expand the Sidewalk network beyond neighborhoods into more urban and remote locations. (Arizona State University was the other.) 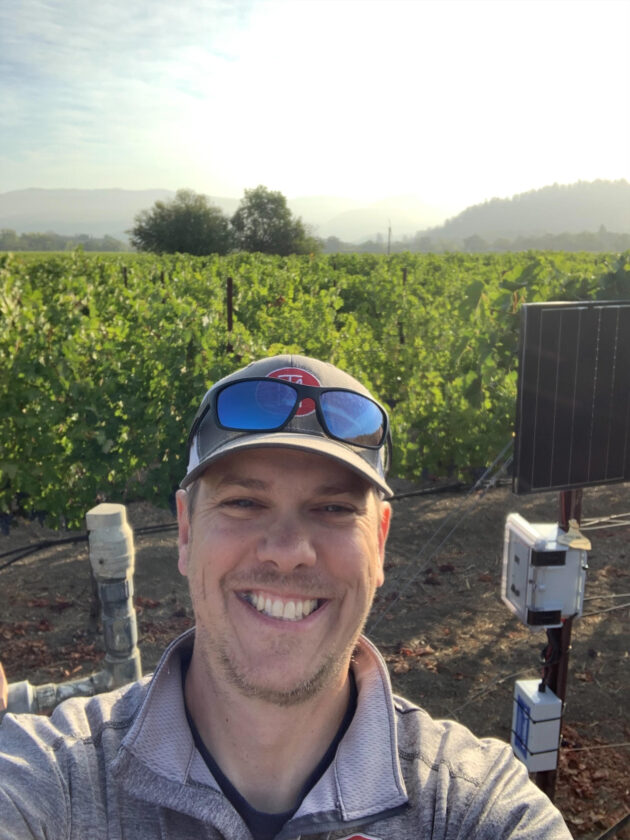 Scott Waller with a thingy system in a vineyard, one of the most common uses for the company’s technology. (Courtesy photo by Scott Waller)

Thingy’s proof of concept will use Sidewalk Bridge Pro to connect to its air quality monitoring devices that can predict forest and bush fires and provide data to first responders.

“Given the limitations of Wi-Fi and cellular data in these areas, Thingy will begin testing the Amazon Sidewalk Bridge Pro, which uses LoRa long range telemetry to transmit data to and from Thingy AQ,” said Amazon in its announcement . “These efforts are expected to greatly improve connectivity for Thingy AQ and help protect public land, homes, vineyards and farms from catastrophic damage.”

Amazon’s bigger goal is to use Sidewalk Bridge Pro to expand the neighborhood network the company created with the introduction of Sidewalk last year.

In its current neighborhood incarnation, Sidewalk is using Amazon customers’ Echo devices as connection points to create a neighborhood network for devices like outdoor lights and pet trackers. Ring and Echo devices are registered to the network by default, which has been the subject of some controversy. (This is how you can log out.)

Sidewalk Bridge Pro promises to expand the network not only for commercial users who use it, but also for individual users who use these consumer applications and devices. For example, if a dog with a sidewalk compatible tracker got lost in a park or forest that was using Bridge Pro, the network would also allow the dog to be located in these settings.

Why not just use a cellular network? Even in places where reliable cellular service is available, the cost can be prohibitive, Waller explained.

For potential commercial users, another advantage of Sidewalk is the connection to Amazon Web Services IoT and other widely used cloud services from the Seattle-based technology company, he said. 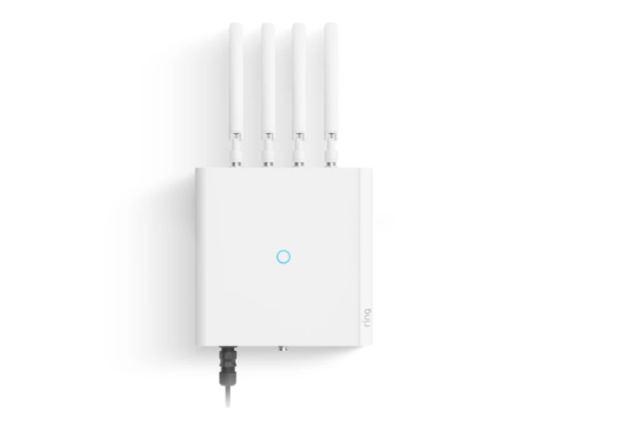 However, the proprietary nature of Amazon’s implementation is a potential hurdle to widespread adoption. Amazon opted for a private version of LoRa for Sidewalk rather than the collaborative LoRaWAN specification.

Another wild card will be the cost of the Sidewalk Bridge Pro, which Amazon has not yet announced. The device has yet to receive FCC approval and is not yet for sale.

This is not a solution for rural broadband. IoT devices typically send and receive small packets of data, not high-resolution images, videos, or other large files associated with traditional home or work internet use.

An interesting possibility would be for Amazon to use Sidewalk Bridge Pro or another variant in its fulfillment and distribution centers and expand the network for others in the process. The company hasn’t made any public indications of doing this, but it wouldn’t be difficult to imagine.

Even while working with Amazon on the proof-of-concept, Waller keeps his eyes and options open, knowing that ultimately there won’t be just one way to connect devices.

“Sustainability, environmental monitoring and connectivity solutions are difficult,” he said. “The sidewalk is just one method. Tomorrow I will speak to satellite people. “