The city of Spokane has a housing shortage. That’s why this summer, the city council there unanimously passed a temporary ordinance allowing missing middle housing across the city.

That means duplexes, triplexes and quads are legal wherever you can build a single-family home.

Here’s how it happened, and what it means for Seattle.

Another thing that happened was a lot of adult children said, “Mom, I’m moving back to Spokane.” And then they couldn’t find a place to live, so they moved in with the parents.

“Our housing just went through the roof,” said Spokane City Councilmember Betsy Wilkerson. She said people have been priced out of their apartments, and more people have ended up living on the street.

“We never had this problem before in Spokane,” Wilkerson said. “For a long time, Spokane had inexpensive — I don’t want to say ‘cheap’ — inexpensive housing.”

Wilkerson said that meant one bedroom would rent for $675, or you could get something fancy for $800.

“But all that went away,” she said. “And we were hearing it from all sectors of our city.”

For a while, it looked like Olympia might bail them out. Last legislative session, state lawmakers considered requiring cities to open up their single-family zones to missing middle housing.

But that bill failed.

In Spokane, there was a kind of panic.

“We really had to sit up and pay attention – and realized – we had to take control of our own destiny,” Wilkerson said. “We had already done a housing action plan, the mayor had declared a housing emergency – so things were in place, we were just moving a little bit too slowly.”

FROM OUR ARCHIVES: Why it’s so hard to change rules for single family zones in Washington

Spokane looked back at what it had done so far, and what it could do.

It discovered that a state law that allows cities to enact building moratoriums could be used for the opposite purpose, too — to encourage housing in response to a housing emergency.

These tools enabled elected officials to quickly change zoning laws, so that more housing could get built.

Some people were afraid of those changes.

Wilkerson said, in response to those concerns, everybody compromised some.

“So nobody got everything,” she said. “We really had to meet in the middle.”

And in the end, the city council was able to pass the new law unanimously.

ou might be wondering: How did Spokane manage to act so quickly, while cities like Seattle have struggled with this for years?

First, he said Seattle’s failure served as an inspiration.

“When you look at other western cities, where house prices have gone crazy, we lagged by a few years,” Gardner explained. “And part of what that gave us was an ability to look at what other cities had tried to address it and were unsuccessful. I think it helped us to realize that the usual responses were not going to be sufficient.”

In other words, what united people in Spokane was that they didn’t want to become the Seattle of Eastern Washington.

The second reason Spokane succeeded was that people there are less likely to blame developers for ruining their neighborhood.

“The way that people view development here has been very different than I’ve experienced it in other places,” Gardner said. “And I think it’s because we still see development as an investment in the community. And some of those downsides, we haven’t experienced them to the same extent.”

Gardner said that could change. Growth has side effects, and cynicism could emerge.

The third reason people in Spokane embraced the idea, according to Gardner, what that they drew inspiration from Spokane’s own past. 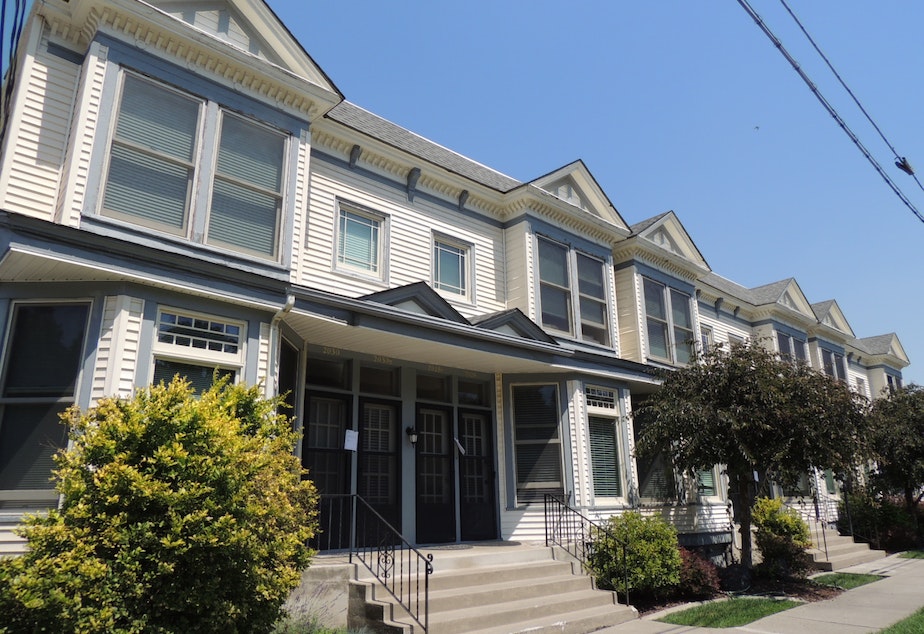 “The way our city took on that growth, during that period was by providing a lot of different choices, at a lot of different price points, in all of our neighborhoods,” he said. “It was really an all-hands-on – deck solution. And I see this ordinance as a first step to returning to that mentality.”

eattle first considered allowing missing middle housing across the city seven or eight years ago, when the Housing Affordability and Livability, or HALA, report came out.

But after a backlash from single-family homeowners, the city shelved that idea.

Since then, cities like Spokane, Olympia, Bothell, and maybe soon Kenmore have taken the lead.

And now, housing advocates in Seattle are maybe a little bit jealous.

“The bare minimum of what we should be doing is what Spokane is doing,” said Laura Loe, founder of the nonprofit Share the Cities. “It’s quite embarrassing that all these places are moving faster than us to address the urgency of the climate and housing crisis.”

RELATED: Where should Seattle build homes for newcomers?

Loe often takes walks through Seattle’s Magnolia neighborhood. She likes to find old missing middle housing, from before the time modern zoning laws made it illegal.

She stops in front of a U-shaped apartment building from the 1940s.

“This form – this courtyard form, is a lot of what people want to re-legalize,” she said. “Usually what I do, when I want to get real nerdy, is I go look at how many buzzers or mailboxes there are , like, to see how many units. I’m guessing it’s like probably 20. You know, 20 units should not scare anyone.”

Like Spokane, Loe, too, is looking to Seattle’s past as inspiration for its possible future.

In order to bring about that future, Loe is focusing her energy on the giant reset button up ahead.

Every city in Washington state is updating its comprehensive plan right now, or will soon (they all need to be in place by 2024). 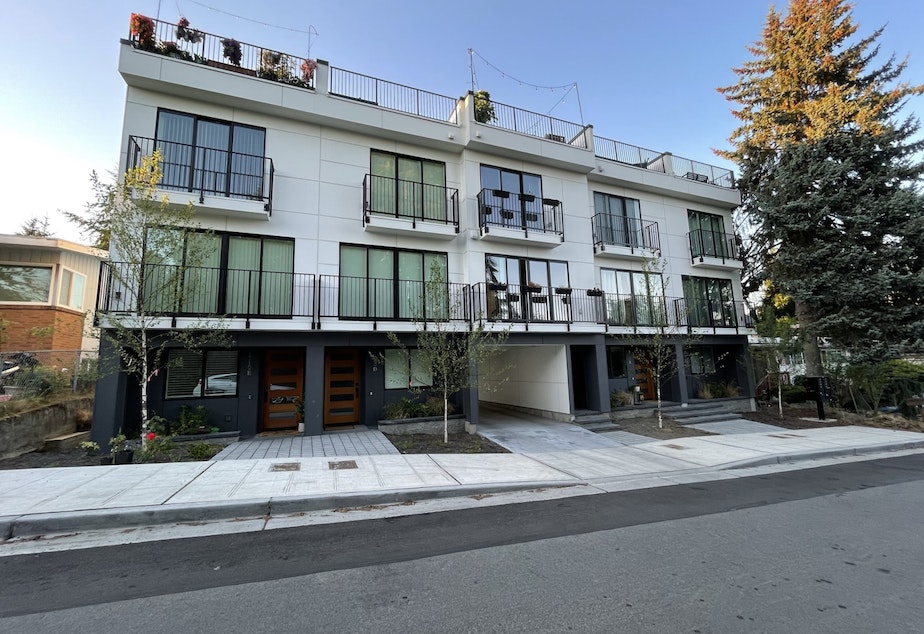 Eattle has an engagement hub – basically, a public comment section where people can weigh in on this process.

Loe wants people to use that opportunity to push Seattle to think bigger than it is now.

“So now if you go on the engagement hub, it’s mostly people that are like, ‘Rezone the heck out of the city. Like, let’s not wait, we’re in an emergency, let’s do this,'” Loe said. “I’m almost worried that it’s too urbanist right now.”

It’s not that she doesn’t like those big ideas, it’s just that, if Seattle’s going to make big changes, and have those changes stick, that plan is going to need some buy in and some compromise from everybody, kind of like what happened in Spokane.

For a longer conversation on this topic, listen to our recent Soundside segment here.