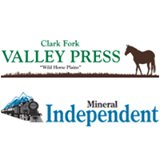 A Spokane woman died on June 19 from injuries sustained in a motorcycle accident on Interstate 90 on June 12.

The 35-year-old woman was a passenger on a 2003 Harley Davidson motorcycle, according to Montana Highway Patrol. The bicycle, ridden by a 28-year-old man from Spokane, was headed west on I-90 near Superior when it drifted off the right side of the road, slipped on the hard shoulder and overturned in the ditch.

Riders and passengers who did not wear a helmet were thrown from the bike. Both were taken to a hospital.

Trooper Zach Rehbein stated in the report that drugs were a suspected contributing factor in the crash.