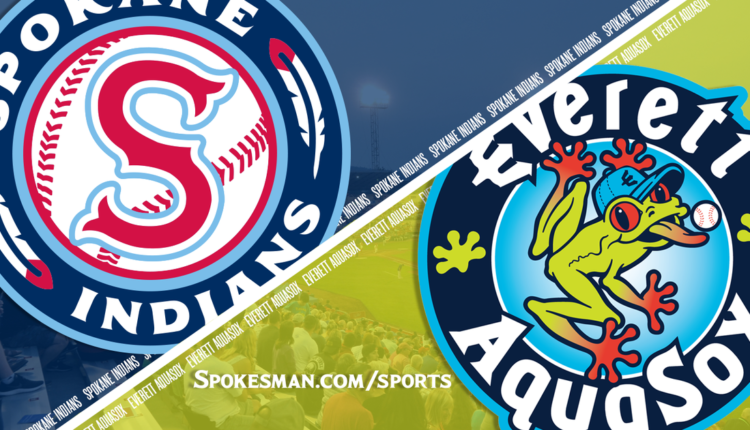 The Everett AquaSox received a double dose of Niko Decolati on Friday evening.

Spokane’s midfielder scored a home run and took the winning streaks in both games of a High-A West double header at Funko Field as the Indians beat hosts AquaSox 4-3 and 5-4.

Decolati’s double homer gave the Indians a 3-0 lead in the second game.

Everett rallied to level the score 4-4 before Jack Blomgren led the fifth with a single, stole the second, advanced to third with a groundout, and scored in the middle on Decolati’s two-out single.

Boby Johnson (4-0) took the win with 2⅔ scoreless innings of relief and his right-handed Fineas Dominic Del Bonta-Smith stepped out of a base-loaded jam in the lower quarter of the seventh, beating Joseph Rosa for the final out to that Save to earn.

The Indians bounced back from three runs behind to win the opener in eight innings in a make-up of an August 8 game in Spokane that was postponed due to dangerous air quality.

Hunter Stovall hit a two-run homer in the lower part of the sixth inning to level the score after Brenton Doyle had the Indians on the board with a solo shot in the fourth.

With an out in eighth place and a runner in second place to start the extra inning, Stovall lined a single to right field, sending Isaac Collins in third place. Decolati then drove in the winning streak by putting a single in the middle.

Decolati went 4 for 7 on the twin bill to increase his batting average to .253.