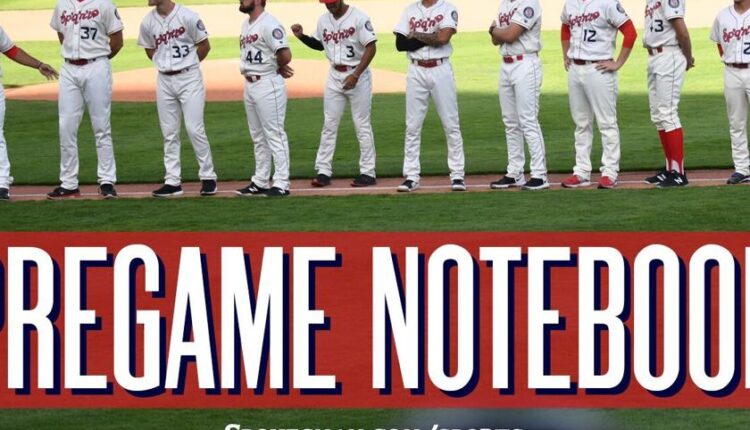 The Spokane Indians (5-11) host the Everett AquaSox (11-5) in the fifth part of a High A West League series with six games on Saturday at 6:30 p.m. in the Avista Stadium

RHP Chris McMahon (0-0, 4.50 ERA). The former Miami Hurricanes hurler has had his longest outing of the season (6 IP). However, it was also a start where he allowed a season high in hits (10) and earned runs (5) as well as a season low in strikers (2).

LHP Brandon Williamson (0-0, 0.00 ERA). The second round of 2019, Seattle Mariners # 10 Lookout, has impressed at both of its starts this season. The South Paw has thrown four innings in each of his trips and has yet to allow one run. He has a total of 10 miles and Everett is 2-0 when he starts.

C Willie MacIver. MacIver is in a five-game series, three of which are Homer. He leads Spokane this streak with three RBIs and four runs.

Carter Bins scored a double with two runs in a fifth inning with four runs against two reliefs, then hit a solo homer in the ninth, and the AquaSox defeated the Indians in the fourth of a High-A West series with six games 8-6 Avista- Stadion.

The defeat ended a three-game winning streak for the Indians (5-11).

Helcris Olivarez only allowed two inexperienced runs and three hits, but he went five to go six and a high pitch count limited him to only four innings.

Foreplay of the Spokane Indians: Chris McMahon seeks the first win of the season against Everett