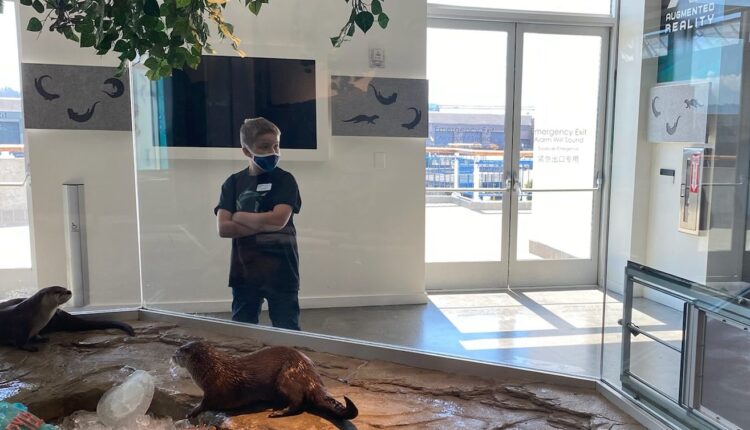 Nine-year-old Ryer Kadyk came from Spokane, Washington, to do two things: hang out with his eponymous River Otter buddy and raise money for the Aquarium of the Bay in San Francisco.

Both efforts, by all accounts, have been extremely successful.

On Tuesday, Ryer helped with a charity auction hosted by Bay Ecotarium, a watershed protection organization made up of several local institutions, including Aquarium of the Bay, Sea Lion Center, Studio Aqua, Bay Academy, Bay Model, the Studio Bay Institute and Eco-Expeditions.

He gave a speech in front of 175 people, including the former Greek Prime Minister, about his special friendship with the 8-year-old otter and even helped the auctioneer drum up enthusiasm during the event.

On Wednesday he was able to hang out with Ryer, the river otter, before flying home.

Shortly after his visit, Ryer said:

“I just met him for the second time and gave him some ice cream cakes with a little fish on top.”

The two ryers first met shortly before the spring break when the aquarium reopened after being closed for 49 weeks due to the pandemic.

Ryer the human had been waiting to meet his furry buddy in person since last Christmas when his mother Carolyn first learned the couple have a name.

Since her son had never met anyone with the same name, she reached out to the aquarium staff and asked to buy him a Ryer River Otter plush toy as a gift.

After opening his gift, Ryer was able to find out about the real otter on the aquarium’s website and soon decided to donate his Christmas bonus, cash from his piggy bank, and a contribution from his older brother to the aquarium.

Together with a second donation round, which the rest of the family participated in, Ryer was able to transfer a total of 750 US dollars to his otter friend.

“It’s very special for me because I’ve never met anyone with my name before.”

“He’s just like me, playful and not as motivated to eat as his brother. He wants to play more than the other otters. “

The family’s unexpected donations were especially important to the aquarium staff as they arrived at the height of the pandemic amid falling revenues and deep uncertainty about the future. 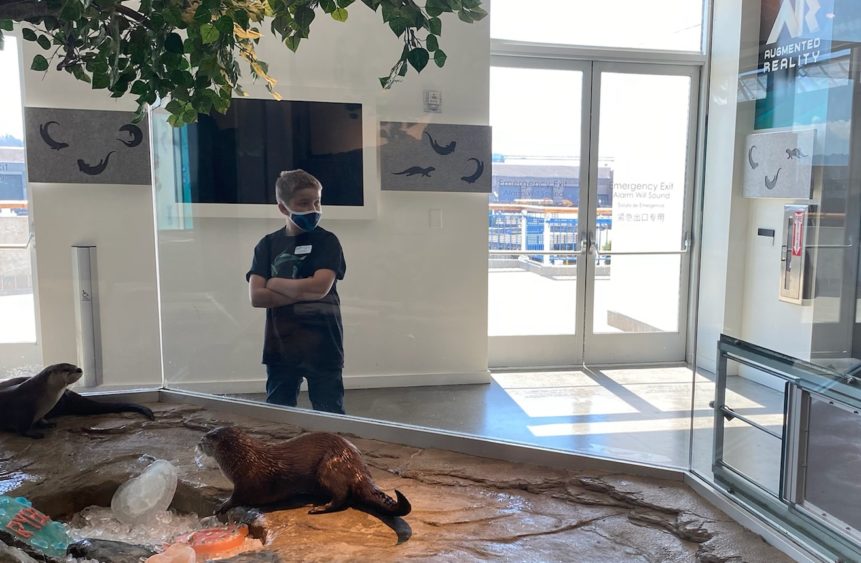 “This money bought a lot of anchovies. … It was such a moral boost for everyone here. “

Ryer’s story even inspired a local TV station to go to the aquarium and interview him on camera.

“It was really cool and I’ve never done anything like this before.”

And while Ryer and his mother could only spend a few days in San Francisco, the city definitely has a special place in the boy’s heart.

“I really like it because my otter lives here.”