Seattle: What to know, what to do before you cruise (photos)

SEATTLE—For years, taking a cruise was all about the cruise. But now – with flight delays mounting because of staff shortages and other issues, storm holdups, lost luggage possibilities and airline cancellations – you need to allow more time at the beginning of a trip.

That means your port city is becoming more important as a tourist destination. Think of it as two vacations in one.

On our cruise to Alaska, we sailed out of Seattle. Our party of 10 (five pairs) arrived at different points from different cities. We flew from Cleveland to Chicago to Seattle on a Friday for our cruise, which sailed on Sunday. We returned to the port on the following Sunday, and flew home the next day.

That means we had three overnights in Seattle. The last thing any of us wanted to do was sit in a hotel room (though, as temperatures soared to 90, that didn’t sound so bad). Having the days added also helped us adjust to Pacific Standard Time.

We stayed at the Hilton Seattle, which is in walking distance to everything we wanted to see. The hotel even handed out fliers that listed ways to stay cool, including keeping the blackout shades closed, a water station set up in the lobby and other tips.

If you are considering a cruise to Alaska from Seattle, here are a few highlights and tips about Washington state’s largest city (about 750,000 people):

It’s steep: We tend to walk quite a bit in the cities we visit, but beware: It seemed like we were always walking up or down anywhere we went. It’s San Francisco North. Tip: Check weather before you pack, and bring the best walking / running shoes you have.

The Space Needle: Who doesn’t like a good vantage? Mountains, water, buildings and ships. The short elevator ride up has a recorded primer on the 605-foot structure with rotating floor. (By the way, the Space Needle is shorter than our 708-foot-tall Terminal Tower.) The tourist site is marking 60 years; it was built for the 1962 World’s Fair. Tip: Bring a camera, and if you have a fear of heights you can stay on the inside of the viewing platform. Many photo opportunities exist, with slanted benches to stand on and pose.

Chihuly Garden and Glass: You might not be a museum buff, but artist Dale Chihuly’s works are distinct and mesmerizing. Delicate glass pieces are exhibited inside and seamlessly displayed in a garden outside. Photos are OK; touching is not. Tip: The joint ticket for the Space Needle and Chihuly, at $55-$64 per person (depending on when you’re going), saves a good deal of money. 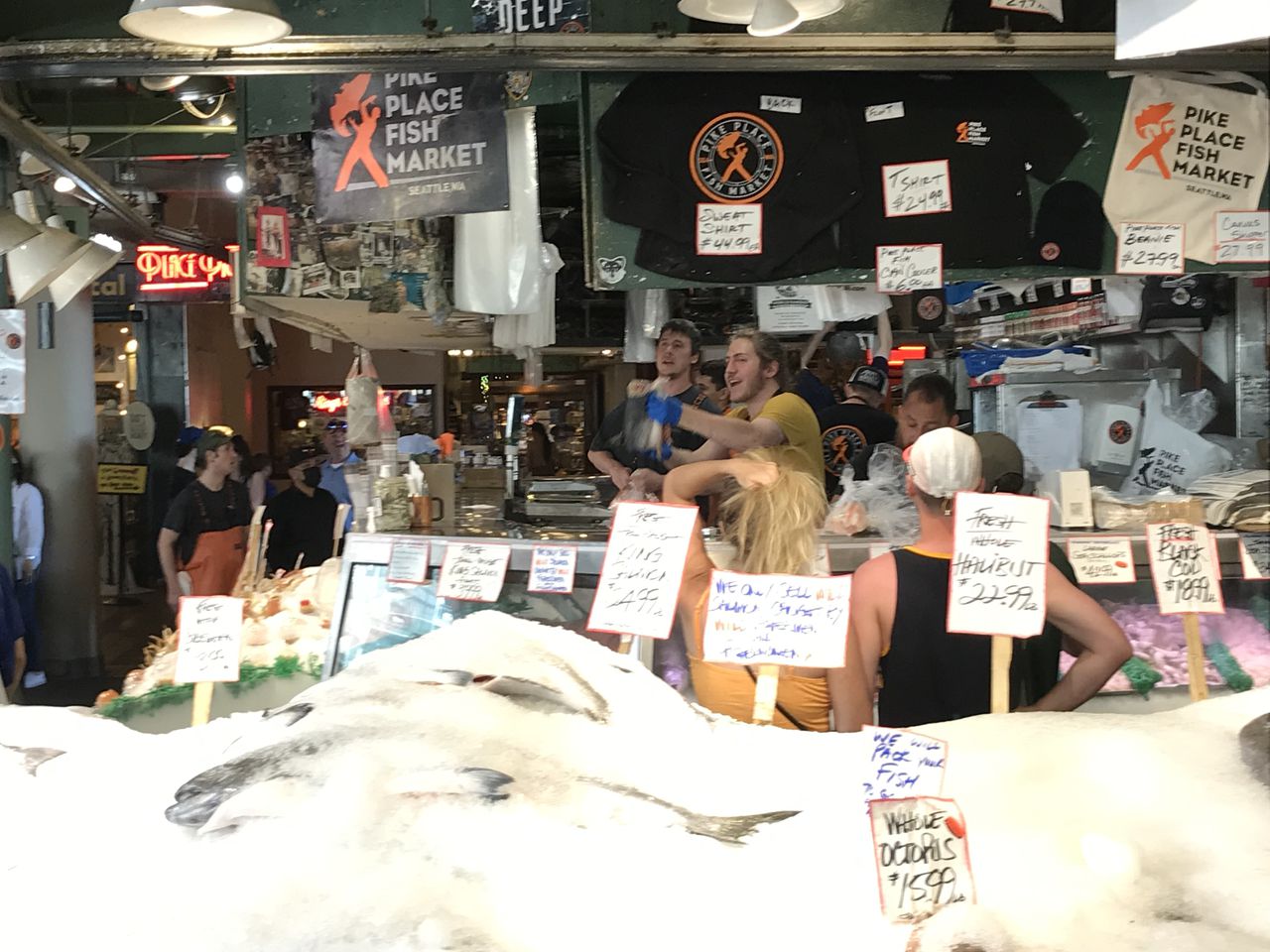 Ever seen a couple of guys play catch with a fish? At Pike Place Market they tossed one around – and never dropped it.

Pike Place Market: This is the city’s obligatory tourist stop. Who doesn’t want to see a couple of fellows tossing a fish back and forth? This urban market offers more than food. Jewelry places, rock stores, retail shops – and the famed gum wall of colorful, drooping globules stuck on an alley wall. (That’s equally organically artistic and, well, disgusting.) The original Starbucks is in the area, which always has a long line. I am an addicted coffee drinker with little patience for waiting in lines during my life, and less so on vacation. So: hard pass. Tip: If a fish-stand staffer, with sanitation gloves, offers to hand you a clump of smoked salmon, take it. It’s delicious.

The guitar tower at MoPOP.

MoPOP: The Museum of Pop Culture is very close to the Space Needle and Chihuly museum, northwest of downtown. Four of us who went liked this but were not blown away. A Paul Allen invention, its rotating exhibits contained a lot, but with a subject as colossal as this it’s missing some topics. We sauntered through everything here – Jimi Hendrix (cool), gaming exhibit (lacking), hip-hop art and horror movies. (The late Seattle-born Hendrix would have turned 80 this year.) There’s nothing on television, which you’d think would be a staple of American pop culture. But the top-heavy tower of guitars is something to see, and overall the Frank Gehry-designed museum is quite a sensory explosion. Tip: Go to the Rock Hall at some point so you can compare. 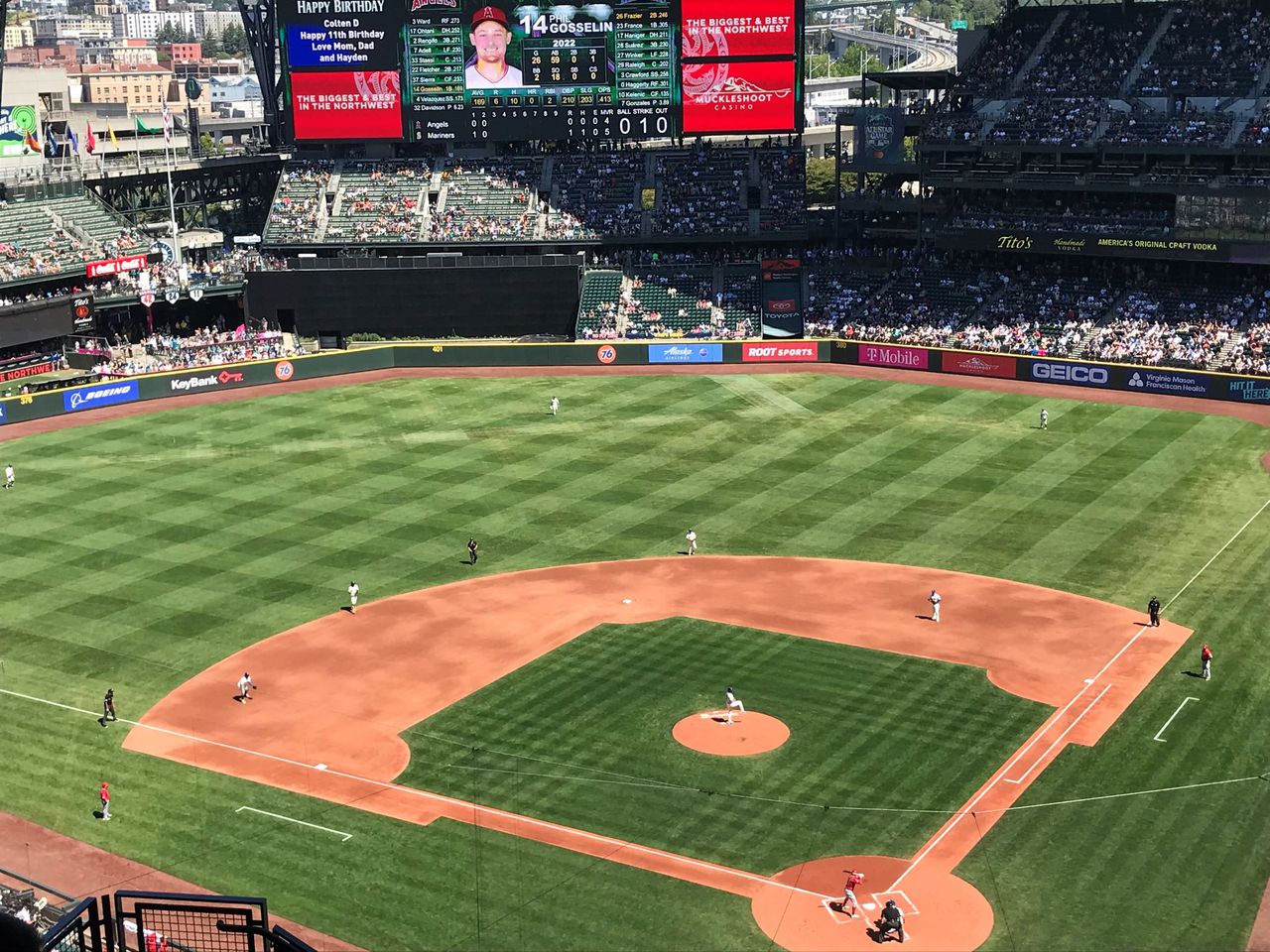 T-Mobile Park, home of the Seattle Mariners. We caught an afternoon game the day we got off the ship.

Playball! Just like the Guardians and Cavaliers play adjacent to each other, the Mariners and Seahawks have stadiums next door to one other. We had time on our day off the ship to catch an afternoon Mariners game at T-Mobile Park. Nice stadium. Tip: No box offices. You must download an app to buy tickets, and check the bag policy first; it’s stricter than the one at Progressive Field.

A monorail can take you to several tourist sites in Seattle.

Transportation: It costs $3 one way to ride the Link Light Rail from Seattle-Tacoma International Airport about 25 minutes to our stop downtown, Westlake. Easy on, easy off, and clean. A monorail also shoots folks out to the Seattle Center, home to the Space Needle, Chihuly and MoPOP for $3.25 (discounts for students and seniors). Tip: Monorail is not accepting cash. Seattle is more of a cash-less city than Cleveland.

• I cannot write about Seattle without throwing a shoutout to the folks at Purple, one of the greatest bars I have ever had the pleasure to take in. A wine bar primarily, it has a giant spiral cylinder of bottles in the middle, surrounded by a circular bar with tables on the outskirts. Wine offerings come in excellent side-by-side pairings (two Cabernet Francs, Dry Rieslings or Lembergers from different regions, for instance) instead of the more common flights of four. Food was great. Service was amazing. And the beer list was phenomenal. After long days of walking around, this was our go-to haunt. 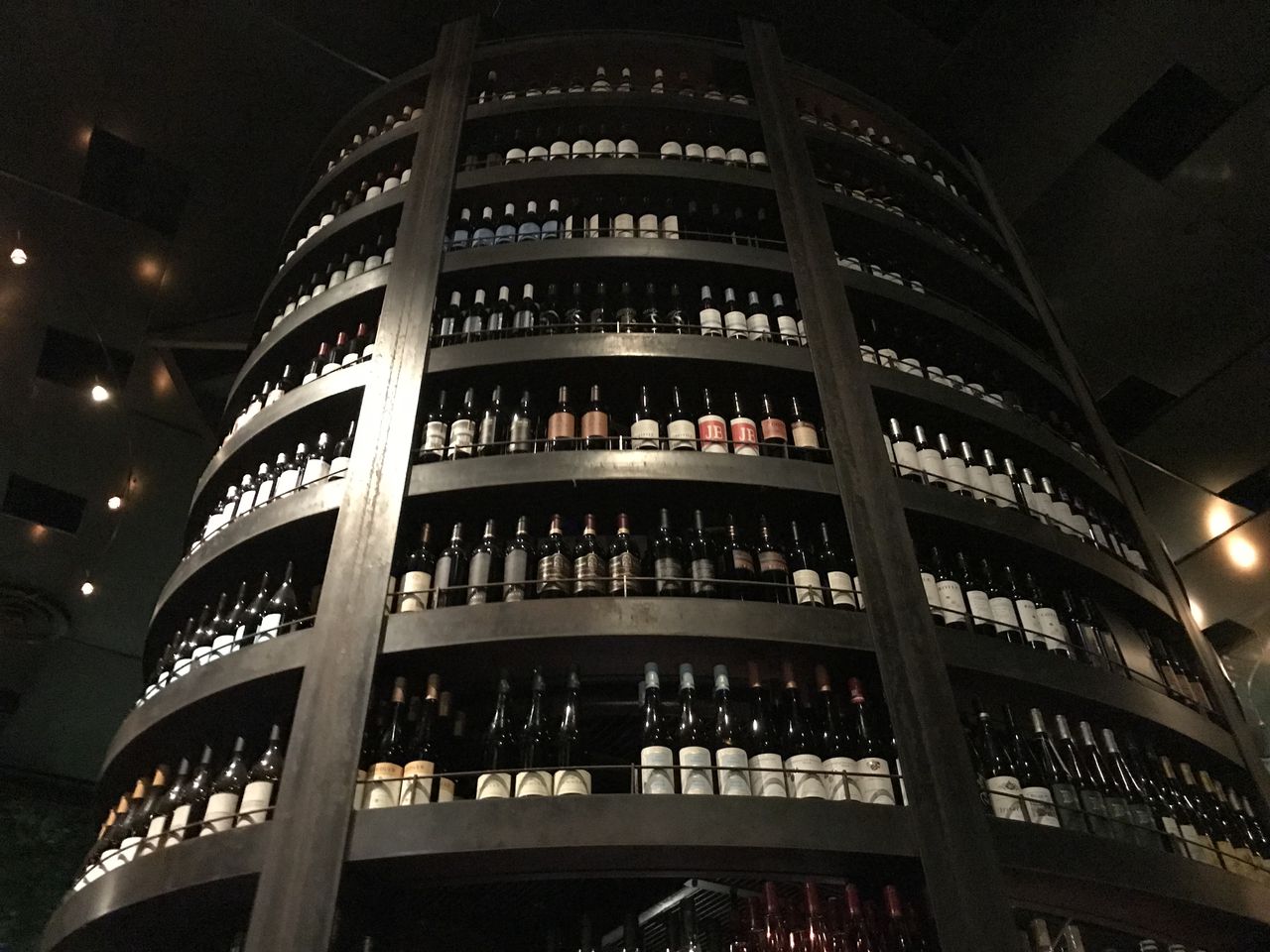 A tower of wine at Purple, a wine bar in downtown Seattle.

• The 5 Point Café was a fine choice for breakfast, a recommendation from our bellhop who used to play in rock bands in the 1970s. The gritty late-night bar / comfy breakfast place is filled with thousands of stickers touting every band, slogan and opinion you can imagine.

• Check a map ahead of time and read up a bit. On our jaunt between Pike’s Market and the business district, we found ourselves on one of seediest streets I can recall. Open hard-drug use, sales and buys. It’s almost like a designated area. This was not a bucket-list thing to see, nor is it one I will forget. Watching “The Wire” is enough for me.

• The stench of urine on city streets was not preferable but more than I would have preferred.

Weekend in Seattle, minus touristy stops

I am on cleveland.com’s life and culture team and cover food, beer, wine and sports-related topics. If you want to see my stories, here’s a directory on cleveland.com. Bill Wills of WTAM-1100 and I talk food and drink usually at 8:20 am Thursday morning. Twitter: @mbona30.

Get a jumpstart on the weekend and sign up for Cleveland.com’s weekly “In the CLE” email newsletter, your essential guide to the top things to do in Greater Cleveland. It will arrive in your inbox on Friday mornings – an exclusive to-do list, focusing on the best of the weekend fun. Restaurants, music, movies, performing arts, family fun and more. Just click here to subscribe. All cleveland.com newsletters are free.