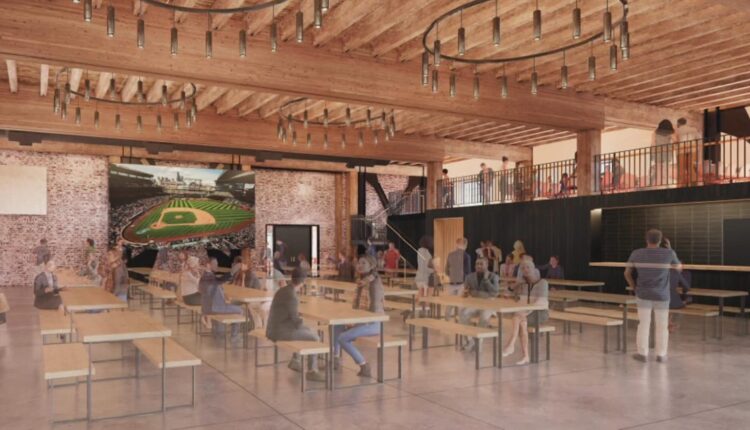 The expansion of the franchise in SoDo follows a trend among professional sports teams to expand their presence and create a game day target for fans.

SEATTLE – The Seattle Mariners have announced their first off-season acquisition that has nothing to do with the games on the field.

The M’s have signed a 23-year lease to operate the old Pyramid Brewing facility at 1201 1st Avenue South and plan to renovate the 30,000-square-foot space to include a restaurant, indoor and outdoor areas, and future office space.

But the highlight is likely to be Steelheads Alley, named after the 1946 Seattle Negro League team, and running Metier Brewing, the state’s first black-owned brewery. It will be located between the year-round restaurant and the event room.

“We saw this as an opportunity to revive SoDo,” said Mariners Vice President and General Counsel Fred Rivera as he showed KING 5 around the room Tuesday morning. “We want to contribute to the revitalization of this district. SoDo needs that.”

Rivera said the organization will spend “tens of millions” on the renovation, which is already underway. It includes the earthquake retrofitting of the building, which was first erected in 1914 along an old railway line, and the exterior design along 1. There will be additional windows and several entrances. It has been uninhabited since Pyramid abandoned the place in March 2020.

“You are entering a space that celebrates award-winning beers and also celebrates some of Seattle’s rich, diverse history,” said Rodney Hines, Metier co-founder and CEO.

The room will be filled with the history of the old Seattle team, with old photos including the late Herb Simpson who played first base and outfield for the Steelheads in the West Coast Baseball Association.

Hines said the organization will continue to follow the principles on which it was founded “to work with other people we’ve worked with in the past, Black and Brown … In terms of supplier relationships, in terms of building ours Brand.”

He continued, “I think there is a tremendous opportunity, but I also acknowledge that at this moment there is an enormous responsibility to say who we are as a city and how we help each other to get back to a place that is better than we were before the pandemic. “

Rivera said the room will be open year-round and can be partitioned depending on nearby events. For example, a smaller portion of the venue could be used on a weekday in April, while the summer months could allow Mariners to open up all indoor and outdoor spaces. It will also be dog friendly.

The M’s worked with Andersen Construction and SHKS Architects to provide the design and restoration advice. The interior work has already started. Rivera said the goal is to open the spaces by July or August 2022. Future phases, which include office space for small nonprofit nonprofit organizations on the second and third floors, will follow later.

The expansion of the franchise in SoDo follows a trend among professional sports teams to expand their presence and create a game day target for fans.

In Saint Louis, for example, the Cardinals have built a Ballpark Village across from the Busch Stadium. Rivera said this will fit in with the neighborhood without detracting from SoDo’s maritime and industrial character.

“While we’re doing what other teams have done, we think we’re going to be different, have a noticeable look to other ballpark neighborhoods,” said Rivera.

RELATED: Mariners fans still “believe” after the team’s heartbreaking end to the season

For a daily round-up of everything you need to know about all of West Washington, Sign up for our 5 interesting facts e-mail newsletter.