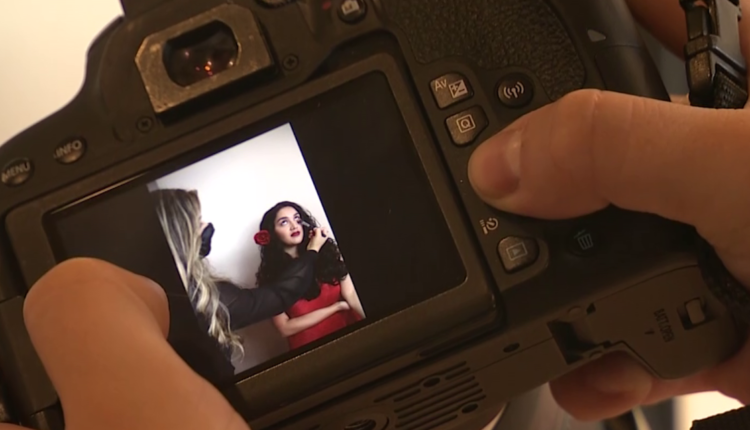 SEATTLE – Makeup artist Michelle Wight works in the field of beauty – which means highlighting people’s facial features to make them shine. But on a recent photo shoot, Michelle wanted more than just highlight the beauty of her models – she wanted to celebrate who they are.

All of the models in this shoot are Latinas and they are all business women too, many of whom run their own businesses. In Michelle’s opinion, these women don’t get enough recognition.

“I have a feeling there are so many,” she said, “but we don’t hear about them very often.”

For this reason Michelle decided to do this shoot. Following a call on social media, she received over 40 responses from Seattle businesswomen eager to volunteer for the shoot and share their stories.

“I wish we could all have been 40, honestly, because everyone has such a unique story to share,” said Michelle.

Ultimately, she narrowed it down to 7 models. With no big plans in mind, Michelle took the shoot only as an opportunity to network and enable the women to treat the stars.

One of the models, Isabela Montalvo, is a graphic designer and entrepreneur who noticed that she’s not used to being in the spotlight.

“Definitely not my usual one,” said Isabela, “I’m usually behind the camera. I’m usually the designer behind the screen … [it’s] It’s exciting to have this opportunity to stand in front of it. “

Another model, Jamie Lynn Aragonez, spends her days as the creative director of World Spice Merchants, a herb shop in Pike Place Market. Jamie was new to Seattle and was looking forward to meeting local women she could relate to.

Michelle says she already sees the power of this experience and believes it could be the start of a new tradition.

“I’m a second-generation Mexican American and the only business owner in my entire family,” she said.

This is the perfect wish to accompany some beautiful pictures that also serve as a window of opportunity – to learn and be inspired. And that goes beyond the beauty business.

The Official Guide to Portland