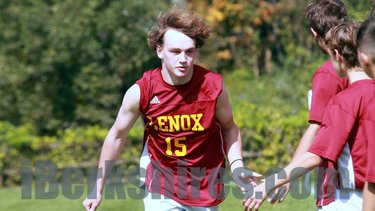 SHEFFIELD, Massachusetts – Arthur Schwartz scored in the 72nd minute to break a 1-1 draw and send the Lenox boys’ soccer team to a 2-1 win over Mount Everett.

Luke Gamberoni scored the first goal of the game midway through the first half.

But Schwartz scored the game winner to give Lenox a second win in a row.

The millionaires (2-8-1) head to Frontier on Thursday.