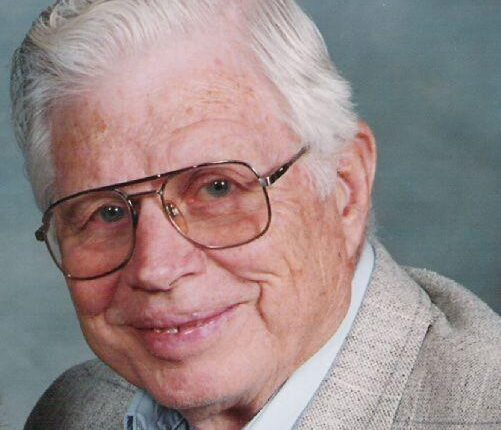 A graduate of Everett High School in 1942, he was drafted into the US Army in 1944 and served as a radio operator for the headquarters battery of the 2nd Field Artillery Division. He was stationed at Elsenborn Ridge in Belgium during the Battle of the Bulge and was in Pilsen, Czechoslovakia when the victory was announced. He reached 5th Grade Tech and was awarded the Good Conduct Medal and Ribbon, American Theater Ribbon, European Ribbon with 3 Bronze Stars and the World War II Victory Ribbon.

After the war he worked as a radio operator for the PA Turnpike and was a partner in the Breezewood Mobile Station for two years, after which he owned and operated the West End Barber Shop in Everett. He later opened the Montgomery Ward catalog store in Everett, which he ran for 21 years until Wards closed its catalog stores in 1985. He was also a rural freight forwarder for the Everett Post Office for 30 years.

He was a loyal parishioner of the Evangelical Catholic Church of St. John and served as a lecturer, pastor and parish councilor. He also served in many areas of church maintenance and was active in many festivals and fundraising drives. He used his woodworking skills to create a number of pieces that are still used in the church today.

In his wood workshop he built furniture and other handicrafts; his last big project was a banjo. He was an avid bluegrass fan, followed local and national musicians and attended many bluegrass festivals. He was also a league member on the Down River Golf Course and enjoyed hunting and fishing. He loved the Pittsburgh sports teams and held a Steelers season ticket for many years.

Family and friends are welcomed to the church at Akers Funeral Home Inc., 299 Raystown Road, Everett on Thursday, July 1, from 9:00 AM to 10:30 AM departure.

The funeral will take place privately at Ave Maria Catholic Cemetery in Dudley.