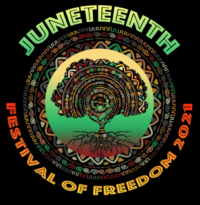 The Juneteenth Celebrations in the Snohomish County’s local communities will feature a variety of virtual and in-person activities starting now through June 25.

“We hope this will be a growing tradition for our neighborhoods and communities across our county,” said Donnie Griffin, a member of the Juneteenth Committee of Community Organizations and founder of Lift Every Voice Legacy (LEVL) in Edmonds.

June 10th marks the official end of slavery in the Confederation, two and a half years after President Abraham Lincoln’s Declaration of Emancipation was signed on January 1, 1863, according to the National Museum of African American History and Culture. In Texas, however, not all blacks were immediately free, as the state was still under Confederate control at the time it was signed. On June 19, 1865 (June), about 2,000 Union troops marched into Texas and officially freed all blacks from slavery.

Some of the celebrations planned for this month include: a Juniteenth Harambee June 10 event sponsored by Edmond College; Black History in Snohomish County June 14th, sponsored by The Black Heritage Committee; New managers, new table June 15, sponsored by Snohomish County’s First African American Political Action Committee, SEPAC; a Black panel discussion on June 18, sponsored by the NAACP; Juneteenth History Storytelling by Eva Abrams on June 19, sponsored by LEVL; and a live stream Church sermon of the Jubilee Church of God in Christ in Everett on Sunday, June 20th

For a full calendar of events for Juniteenth, visit the LEVL website at beloved4all.org/juneteenth2021

“Although the Snohomish County NAACP and other community organizations have been celebrating Juneteenth in local areas for some time, we have come together as the Juneteenth Committee to weave all of our activities and festivities into a single mosaic of colorful celebrations across the county.” Griffin added. “This is especially important as June 19 has become an official, paid national holiday in Washington from 2022.”