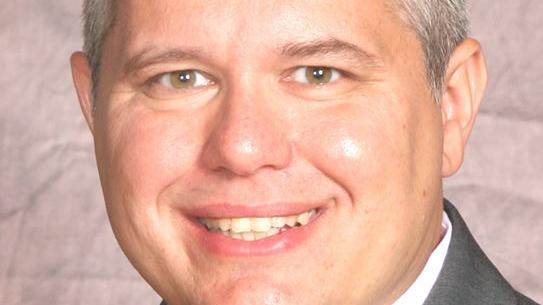 Mike Pogge-Weaver will stay in Carroll as City Manager, he confirmed in an interview on Tuesday afternoon.

Pogge-Weaver, 44, was one of four finalists for city manager in Marion, a city of 41,000 – the 13th largest in Iowa – that borders Cedar Rapids, Iowa’s second largest city.

Marion city officials are negotiating a contract with one of the other candidates, but the city has made no official announcements.

The winning candidate follows former Marion City manager Lon Pluckhahn, who left for a position in Vancouver, Washington, in August. Pluckhahn had been with the city of Marion for 14 years.

A native of Fort Dodge, Pogge-Weaver returned to Iowa after joining Carroll after serving as a county administrator in Swift County, Minnesota. He has been Carroll City Manager for five years.

A recruiting company was looking for Pogge-Weaver for the Marion job. It’s the only job he’s applied for since joining Carroll, Pogge-Weaver said, adding that he’s not actively looking for another job.

Councilor Carolyn Siemann, an early proponent of Pogge-Weaver when the city hired him five years ago, said he brought a work ethic and expertise to the position. She is happy that he is staying in Carroll.

“I can tell you that as our city manager he did an excellent job financially, when you consider economic growth, look at projects, think long-term,” said Siemann. “I think he did an amazing job for the Carroll people. He managed to find ways to get so much done while keeping our levy stable. That is why he is important to me as a council member and citizen. And he works tirelessly. He’s a hard worker. He is intelligent.”

For his part, Pogge-Weaver said the chance in Marion was due to Carroll’s reputation, the city as a whole.

“The great thing is that I’m in a great community that I love,” said Pogge-Weaver. “Carroll is really just a great opportunity, my family enjoys the community. I am happy to still be part of it. “

Pogge-Weaver said he received dozens of calls and comments from people who value his work at Carroll.

“I am obliged to Carroll,” he said. “We have a lot of great projects going, a lot of good work. We have great employees who I enjoy working with every day. It’s just a great team that we have at management level. “