Martin Freeman on future of Everett Ross in the MCU

Watch: Martin Freeman discusses the future of Everett Ross in the MCU

Martin Freeman says it’s ‘a real pleasure’ to get to play Everett Ross in the Marvel Cinematic Universe and said he enjoys being part of the studio’s ensemble.

“I’m always very delighted if Marvel call. I get to just come in and have a little holiday and visit, then go back to my other life,” Freeman told Yahoo UK.

The 51-year-old added: “So for me it’s a really enjoyable way of doing it. This is my third time as Everett in films and it’s a real pleasure.

Martin Freeman made his debut in the Marvel Cinematic Universe way back in 2016 with Captain America: Civil War. (Marvel Studios/Disney)

“I like playing him. If they wanted me again, great, but if they didn’t, no hard feelings. I’d love to come along somewhere else for the ride.”

When asked about the prospect of Ross getting his own film or TV show given the widening of the MCU on Disney+, Freeman said ‘of course I’d be keen’ but said he’s just as happy in a supporting role.

Ross will next be seen in the TV series Secret Invasion, which also sees the return of Samuel L. Jackson as Avengers Initiative boss Nick Fury.

Freeman added: “I enjoy being a part of the ensemble. I like being a lead in other things but, in this context, I quite like being where I am.” 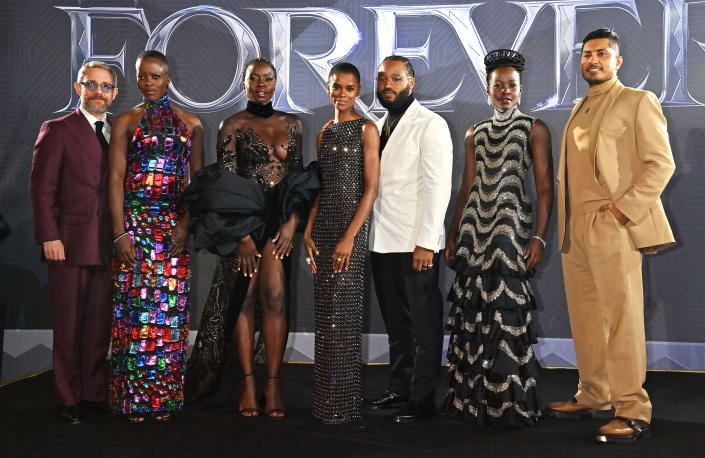 Martin Freeman said he enjoyed being a part of the ensemble cast of Black Panther: Wakanda Forever. (WireImage)

The actor confessed that he’s only able to keep up with ‘some’ of the Marvel output given the sheer scale of the studio’s storytelling — this year alone, there have been three Marvel movies and three TV series.

Freeman also spoke about the jokey moniker “Tolkien white guys” that he and fellow Middle-Earth alumnus Andy Serkis were given when they were the only major white characters in the first Black Panther movie.

He said: “We only really heard it when me and Andy did the press for the first one. We were doing our press together and we were known as the ‘Tolkien white guys’. 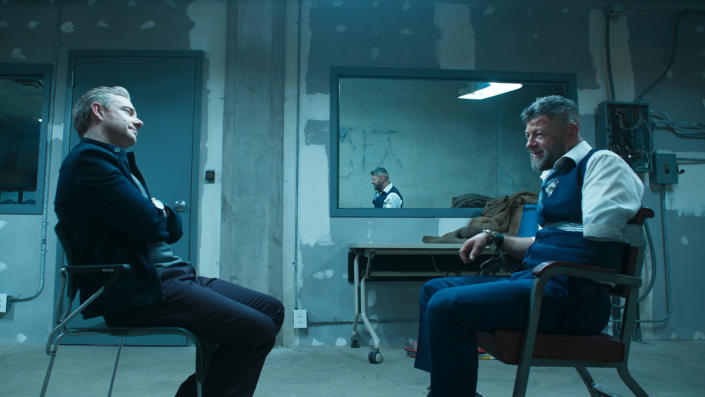 Martin Freeman and Andy Serkis were referred to as the “Tolkien white guys” on the press tour for the first Black Panther film. (Marvel Studios/Disney)

“I understand that some people didn’t quite understand that it was Tolkien and thought they were just calling us the token white guys. Obviously that’s the play on words, but that would be a bit on the nose if it wasn’t for the Tolkien bit.

“I don’t hear it often, but thank you for reminding me. It’s a good line.”

Wakanda Forever sees the people of Wakanda dealing with the aftermath of T’Challa’s death, as well as the threat of the long dormant ocean-dweller Namor (Tenoch Huerta).

Black Panther: Wakanda Forever is out in UK cinemas and IMAX from 11 November.