The historic neon sign at Ray’s, a seafood restaurant on the waterfront in Seattle’s Ballard neighborhood. (GeekWire Photo / Kurt Schlosser)

Major League Baseball has gotten a little closer to having possession of the desired web addresses for all 30 of its professional teams. One of the last remaining holdouts, Twins.com, now redirects for Minnesota’s baseball team rather than a website controlled by two twin brothers.

The recent sale of the Twins domain by Durland and Darvin Miller ends a decades-long saga between MLB and the sibling duo. A 2015 Grantland story documented how the league went about trying to secure domain names it was late to register — and why the Miller brothers held out despite the potential for a hefty payday.

Ray’s seafood restaurant in Seattle is still holding out, and has no plans to give up its treasured Rays.com web address to MLB and the Tampa Bay Rays baseball team.

“We want it because that’s who we are,” Ray’s (restaurant) GM and co-owner Doug Zellers told GeekWire on Tuesday. 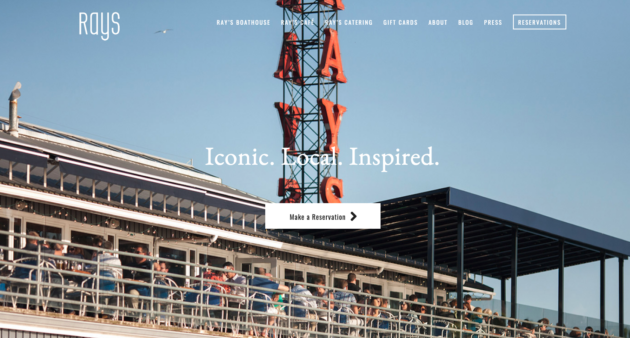 The current iteration of Ray’s as a beloved seafood dining spot will turn 50 next year, and Zellers said it’s been at least 10 years since MLB has come calling.

In 2015, the league managed to secure Rangers.com for the Texas Rangers at a price tag of $315,000. But another holdout, Giants.com, belongs to the NFL’s football team and isn’t going anywhere. And neither is the Ray’s address.

Zellers heard rumors back in the day of a pretty large number being thrown out by MLB to try to wrestle Rays.com away, back when the baseball team started as the Devil Rays in 1998. But “it was a firm no from our partners, he said.

The Grantland story seven years ago also quoted Monte Cahn, founder of URL registrar Moniker.com, who was working as an intermediary for MLB in its quest to secure domains.

“After several attempts and conversations with [Ray’s], it was apparent that they wanted to keep their name and their brand,” Cahn said. “So I suggested TheRays.com and was able to get that for MLB for a fraction of what they would have spent on Rays.com.” 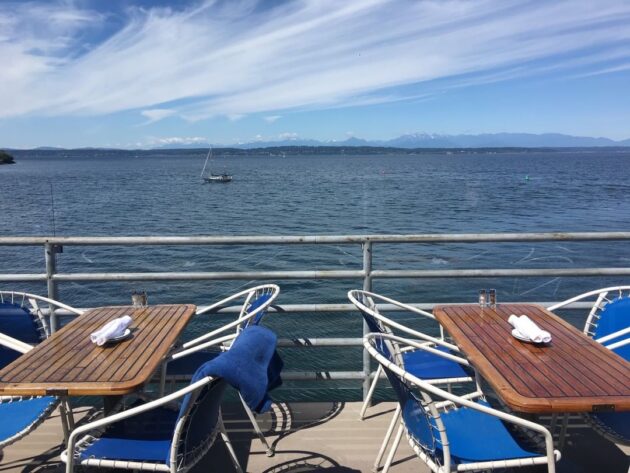 The water and mountain view from the deck at Ray’s. (Ray’s Instagram Photo)

Zellers told GeekWire that beyond the history, the simple URL is good for internet traffic and restaurant reservations.

“There’s something magical about having a four-word domain name,” he said. “The SEO and the metrics, all of that stuff is great. I think we do a lot of main homepage visits because of how simple the domain name is.”

The longtime restaurant may even have its own baseball fever.

Seattle’s team, the Mariners, happen to be locked in a tight American League Wildcard race with Tampa Bay as the season winds down. The M’s are trying to make it to the playoffs for the first time since 2001.

Asked if he was a Mariners fan, Zellers laughed, “I am.”

June Were this at age 88, leaving legacy in Kitsap