Letter from Seattle: Back in the swing

Seattle theaters are back in full swing this fall, and audiences are gradually returning to the fold.

But the most startling theatrical news came out of the blue last month, when the city’s largest, longest-running resident theater announced a surprising change at the top.

Braden Abraham, who has served as the well-regarded and productive artistic director of the Tony Award-honored Seattle Repertory Theater (now known as Seattle Rep) for the past eight years, will leave the company in January to take the helm of the Writers Theater in Glencoe, Illinois, near Chicago. It is a big move for Abraham, who wants to concentrate more on developing new work in a smaller but highly regarded venue. And it’s a major transition for the Seattle company, where the 46-year-old director-producer has spent virtually his entire professional career.

More about Abraham in a bit. But first, Seattle’s theater scene has always been packed with holiday fare each winter – and it extends far beyond ACT Theater’s annual presentation of A Christmas Carol. (And the evergreen The Nutcracker performed by Pacific Northwest Ballet.) This year is especially crucial in rebuilding an audience (and plumping up revenues) after the long pandemic pause. Here are a few of the other celebratory options slated for local stages:

Teatro ZinZanni. This nouvelle cirque dinner theater, which unfolds in an antique cabaret tent, has returned after a lengthy pandemic absence. A brainchild of local producer Norm Langill, the show offers a meal, immersive acts (comedy, acrobatic, musical), and an attractive aura of ooh-la-la that has beguiled tourists and locals in Seattle, San Francisco and Chicago versions. 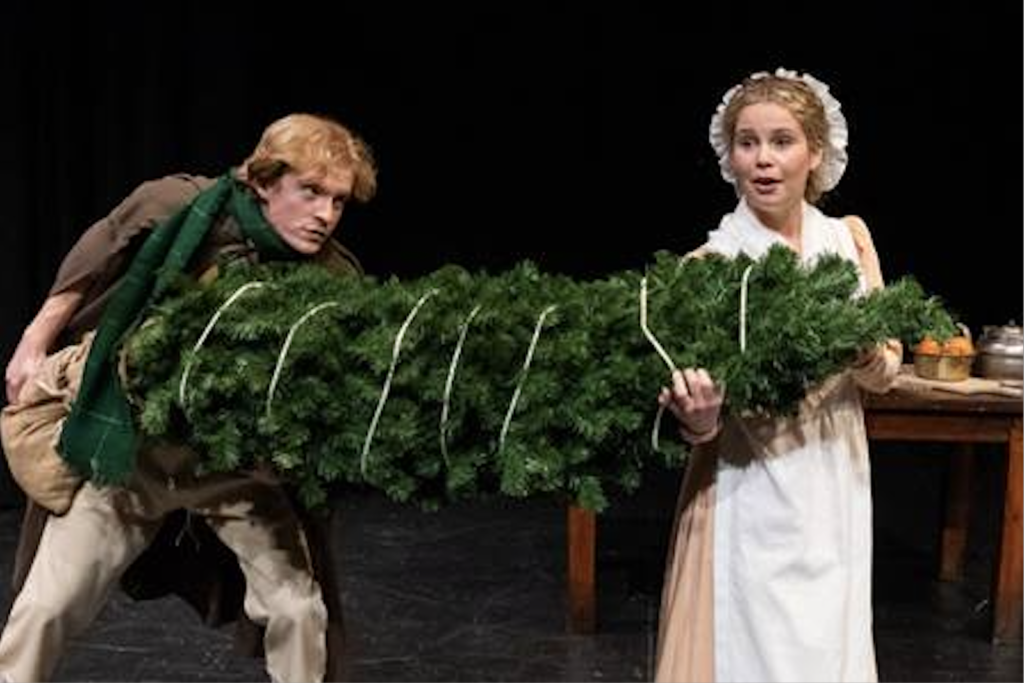 Rickey Spaulding and Katheryn Bogley in “The Wickhams: Christmas at Pemberley” at the Taproot Theater in Seattle. Photo: Robert Wade

Then there’s Austen Unbound, which takes a different tack. Book-It Repertory Theater’s new effort gathers a group of practiced improvisers to riff off the collected works of Jane A. They’ll aim to provide “a little romance, a little fantasy” (and hopefully some Austenian wit) in the darkest days of the year, when Seattle skies darken at 5 pm (Nov. 30-Dec. 18.) 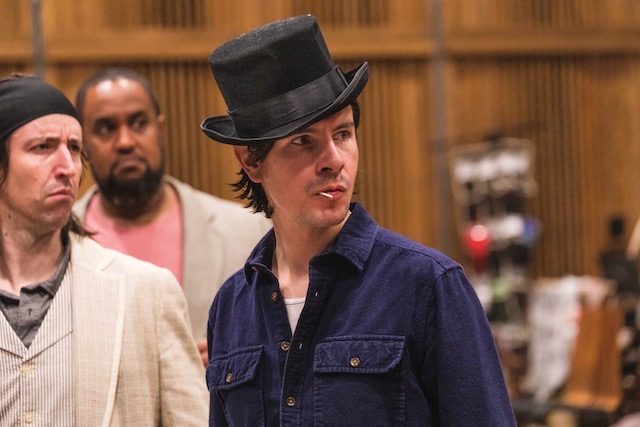 Mr. Dickens and His Carol. Braden Abraham’s final show as artistic director of Seattle Rep is this world premiere adaptation of Samantha Silva’s well-received novel of the same title. It offers a fictionalized version of the creation story of A Christmas Carol, the Charles Dickens novella of holiday humbug and redemption that has been a staple of the American (though, interestingly not British) stages for many a decade.

With a script developed by Abraham and Silva, this is that rare thing of late: a big blow-out local production with a large cast and elaborate settings – as well as a family-friendly plot. (Nov. 25-Dec. 23) 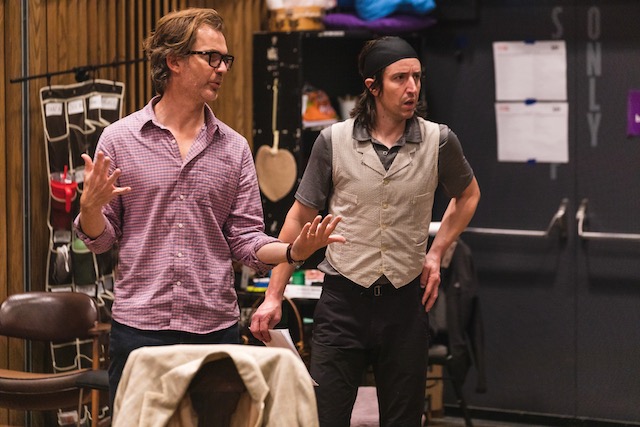 Which brings us back to Abraham. He rose up the ranks at the Rep, starting as an intern in his 20s, and eventually serving as associate artistic director. When esteemed artistic head Jerry Manning died suddenly in 2014, Abraham stepped into the post and despite his relative youth proved up to the job of running a company with a $10 million-plus budget and a national reputation. Mentored by Manning, previous artistic director David Esbjornson, and longtime managing director Ben Moore, he brought both a sense of continuity and stability, and a shot of youthful vigor to the playhouse.

Abraham directed strong revivals of modern classic plays by Edward Albee, Arthur Miller and Tennessee Williams, but made his mark in bolder strokes with new work — partnering with the Oregon Shakespeare Festival to develop Robert Schenkkan’s two dramas about the presidency of Lyndon Johnson, the Tony Award-winning All the Way, and The Great Society; and with La Jolla Playhouse on the hit Broadway musical Come From Away.

He also ran a New Plays division of in-house development at the Republic, and in 2017 launched a popular Public Works program of free musicals involving community groups from around the region, modeled after an annual series created by New York Public Theatre.

According to theater insiders, Rep general manager Jeffrey Herrmann has no immediate plans to leave the theater, and Abraham is choosing the slate of shows for the 2023-24 season. The company’s board of directors will take their time doing a national search for a new artistic honcho. And with no one in-house candidate likely to assume the role, the next chapter for the Rep could be very different.