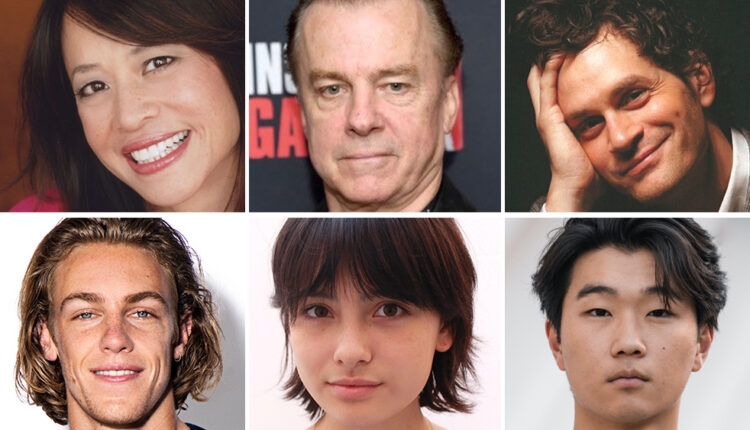 EXCLUSIVE: Lauren Tom (The Joy Luck Club), Oscar-nominated Michael O’Keefe (The Great Santini), Tom Everett Scott (That Thing You Do!), Cooper van Grootel (Peacock’s One of Us is Lying), Oona Yaffe (Fox’s Sleepy Hollow) and Phinehas Yoon (CBS ‘Bad Teacher) have joined the cast of One True Loves, a romance based on Taylor Jenkins Reid’s bestseller of the same name, directed by Andy Fickman (Playing with Fire).

Written by Taylor Jenkins Reid and Alex J. Reid, the movie watches high school beauties Emma (Soo) and Jesse (Bracey) leave their small town to build exciting lives around the world together. But when Jesse disappears in a helicopter crash over the Pacific on her one year anniversary, Emma returns home heartbroken to pick up the pieces of her life. After four years, Emma has found happiness again, runs her parents’ bookstore and is newly engaged to her childhood best friend, Sam (Liu). But her life turns upside down when she receives a call that Jesse is alive. Her heart was torn, she had to choose between a life she thought was forever over and one that was just beginning.

Van Grootel will play the role of young Jesse, with Yaffe as young Emma and Yoon as young Sam. What roles the other newcomers to the cast will play has not yet been announced.

“We’re all very excited that the phenomenal Lauren Tom and Michael O’Keefe are part of this already amazing cast. And every time I get the chance to work with Tom Everett Scott, I grab it. They all bring their A-Game with them! ”Said Fickmann. “Sarah Finn and Jason Stamey are more than just brilliant casting directors. We had to look for young Phillipa Soo, young Luke Bracey, and young Simu Liu. They searched everywhere and landed on three amazingly perfect actors to portray the younger versions of these characters. “

“We’re thrilled to have such a high-level cast available to bring these beloved characters to life,” added Perrier, COO of Highland Film Group. “This is a wonderful project and we look forward to bringing the finished film to market.”