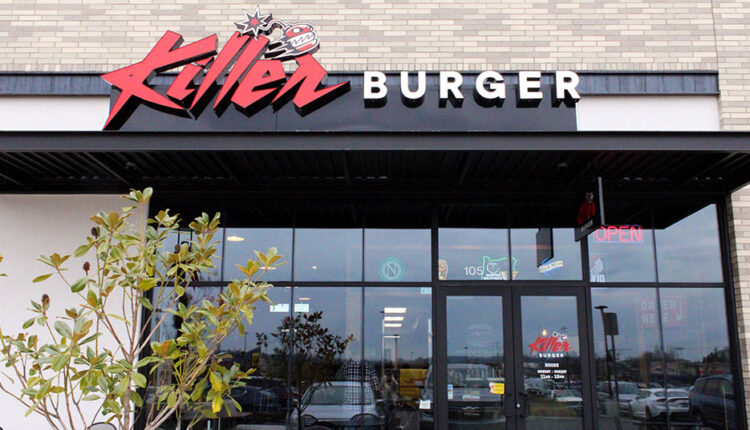 June 16, 2021 // Franchising.com // HAYDEN, Idaho – Killer Burger, the famous rock and roll burger hangout from Portland, announced today that multi-unit franchisee Wes Walterman has signed a lease for its The first location signed in Idaho was at the 85 W Prairie Mall in Hayden. This will be the brand’s 14th location.

“I’m thrilled to have the opportunity to be the first to introduce Idaho to Killer Burger,” said Walterman. “The Killer Burger corporate team has gone above and beyond with the support they have given me over the past four years. We all believe in the brand, our burgers and the atmosphere we create at our locations – Coeur d’Alene and Hayden will have a hard time not feeling the same. “

Walterman and his wife Coral Walterman opened Killer Burger’s first franchise location in the heart of Happy Valley, Oregon, just outside of Portland. Before starting their Killer Burger journey, they started and sold a party rental.

“Wes is the blueprint for the type of franchisee we’re looking for and he helped create a roadmap for future franchisees,” said TJ Southard, Founder and CEO of Killer Burger. “We couldn’t be more excited that we’re expanding into Idaho. With Wes leading responsibility for expanding our presence in the state, Killer Burger is quickly becoming the preferred burger destination in the Coeur d’Alene and Hayden communities. ”

Following the functional principle “Commit to the Burger”, which embodies everything from the burger menu innovation to the preparation and consumption of the burger, the menu from Killer Burger contains a mixture of classic and original flavors. All burgers are served with french fries and are served with bacon and selected homemade sauces. As with the popular Peanut Butter Pickle Bacon Burger, creativity and tradition collide perfectly on the menu.

Hailing from Portland, Killer Burger has made a name for itself with its carefully crafted and award-winning burgers that redefine the true American Diner burger. With 13 locations in Oregon and Washington, plus five more stores scheduled to open this year, Killer Burger has plans to expand throughout the Pacific Northwest and beyond over the next five years through strategic franchising efforts.

To learn more about Killer Burger and its franchise opportunities, visit https://killerburgerfranchising.com/.

There are currently 13 Killer Burger locations in Oregon and Washington. The brand is known for expertly made burgers that bring the best of the real American diner burger to the modern world. Each high quality ingredient is layered onto a perfectly seared patty to make every bite a carefully crafted burger experience. All of their burger creations from Classic to Peanut Butter Pickle Bacon Burgers come with fries and bacon … as it should be.

Founded in Portland in September 2010, Killer Burger was the brave company of TJ Southard whose roots in the Midwest led him to envision a better burger concept that would change the way the world thinks about burgers . He set out to make a burger so good that it became the definition of what a burger should be. Killer Burger has received acclaim from a number of national and local news outlets since its inception, including Vancouver’s Best Burger, Washington’s The Columbian, and Portland’s Best Burger by Willamette Week readers for 2019 and 2020.