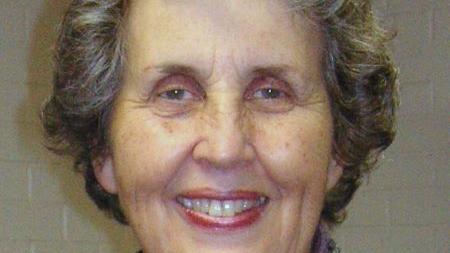 Jean Dorothea Rampton Nelson, 85, former long-time Corvallis resident, ended her life in love, faith and adventure when she died of a cerebral haemorrhage at Sacred Heart Hospital in Spokane, Wash. She and her husband lived in West Richland, Washington for the past three years, but their hearts have always been in Corvallis.

She was born on January 22, 1936 in Colfax, Washington, to Henry Hardy Rampton and Dorothea Wilhelmine Katherine Henningsen Rampton, the eldest of six children. The Rampton family lived in Corvallis in 1936, where they were early members of The Church of Jesus Christ of Latter-day Saints.

Jean graduated from Corvallis High School in 1953 and Brigham Young University in Provo, Utah in 1960 with a major in home economics / minor in journalism. She used her organizational and secretarial skills to work for the BYU President.

She married the cowboy and pilot Charles Roland Nelson on December 18, 1956 in the LDS Temple in Logan, Utah. Charles joined the Air Force and they lived from one end of the United States to the other, joyfully serving the Church, the ward, and the country. They loved where they settled – no matter how short or long the stay was. They made friends in Bainbridge, Georgia, Big Spring, Texas, Wichita, Kansas, Abilene, Texas, Montgomery, Alabama, Plattsburgh, New York, Midwestern City, Oklahoma, Ogden, Utah, Corvallis (while Charles was serving in Vietnam), Bountiful, Utah, Waipahu and Kailua, Hawaii, Corvallis in the 1970s, Sturgis and Rapid City, South Dakota, and back to Corvallis in 1979 when they retired from the Air Force. They moved to Washington again and lived near a grandson and other loved family.