It’s amazing to consider that a commercial vessel in the Pacific Ocean, approaching the mouth of the Columbia River, can continue its eastward journey to finally tie up at the Port of Lewiston, in Lewiston, Idaho, America’s most inland West Coast port, 465 miles from the Pacific Ocean.

The Columbia and Snake Rivers form that critical east-west waterway, an economic powerhouse regionally, nationally and internationally. According to the Pacific Northwest Waterways Association (PNWA), the Columbia-Snake River System (CSRS) is the nation’s single largest wheat export gateway, second largest for soy and corn exports and in the top ranks for wood products, autos, bulk minerals and a growing market for inland river cruises. Eight dams – four on the Snake River – create and maintain waterway performance – importantly, not just for commercial navigation but for energy, flood control and recreation. Petroleum is a top commodity moved upriver.

Now, this national asset is under critical scrutiny; it could be scrapped. There are a number of concerns but topmost, particularly along the Snake River, is the survival, the sustainability, of northwest salmon and the impact of dams on their storied lifecycle of river to ocean and their return upriver to spawn. There are suggestions now to breach the four Snake River dams. Otherwise, supporters charge, Snake River salmon face extinction.

Obviously, such a drastic move does not proceed casually. Columbia-Snake River waterways operators are right in the middle of these swirling currents, trying to keep one eye on immediate business demands and one eye on a hazy future. If the dams are breached, the Snake River is no longer commercially navigable.

From the White House: On July 12 Administration officials released two studies, one focusing on salmon recovery, the other on electric power replacement if hydro generation were lost. “Business as usual will not restore the health and abundance of Pacific Northwest salmon. We need a durable, inclusive, and regionally-crafted long-term strategy for the management of the Columbia River Basin,” said Brenda Mallory, who chairs the WH Council on Environmental Quality.

In February 2021, Idaho Congressman Mike Simpson unveiled the “Columbia River Basin Initiative,” a $33 billion plan to at least start on compensatory costs if the dams were breached and the costs to build alternatives for lost assets, including power and transportation, i.e., new highways and rails.

In August, ACE’s Inland Waterways Users Board met in Walla Walla. Northwest issues were on the agenda – deliberately so, commented Chairman W. Spencer Murphy, with Canal Barge Company. Murphy introduced Robert Rich, VP Marine Services, with Shaver Transportation, based in Portland, Ore. Rich is a member of the Users Board.

Rich provided the balance of comments, presenting regional concerns about the increasing political intensity on dam breaching but without a full presentation of impacts – to waterways operators, farmers and agricultural businesses, regional energy operations and markets, multi-modal shippers and, really, food security for millions, worldwide, who depend on a very dependable system.

Rich posed a rhetorical question to Board members: If we were starting with a clean slate in 2022 what would be prioritized? His answers: green transportation – waterways. Clean, low-carbon energy – hydro. Irrigation and flood control. Multimodal – barges, trains and trucks each contributing best value across the supply chain. Accessible recreation. All at a scale that expands from singular farms to eventually encompass national and international markets and consumers.

It’s the dams that make this possible, Rich reminded the Board. “This is working now – in 2022,” he emphasized.

Business perspectives
Heather Stebbings is Executive Director of the Pacific Northwest Waterways Association. The PNWA, established in 1934, with 150 members, is a collaboration of ports, businesses and public agencies.

Stebbings and her team are closely watching the dam issues. Major concerns include:

That White House documents are tilted in favor of established interests, including the Nez Perce and State of Oregon, who have long supported dam removal.

Giving too much weight to the notion that salmon mortality in the ocean results from hydro system impacts. “This is unproven,” Stebbings says, citing research showing that salmon returns are similar in dammed and undammed rivers. She notes research that the Pacific itself is the largest driver of salmonid mortality, not the dams. She said that the four Lower Snake River dams “provide greater than 97% successful fish passage for juvenile salmon making their way to the ocean and have had improved salmon runs over the last three years.”

Dam breaching poses significant, and negative, energy-environmental impacts. PNWA calculates it would take 162,153 semis or 42,160 rail cars to move the 4.2 million tons of cargo currently barged on the SR. “That means an increase in CO2 and other harmful emissions by over 1,251,000 tons per year – the same as opening a new coal plant every six years,” Stebbings writes.

Peter Schrappen, CAE, is VP for The American Waterways Operators Pacific Region, based in Seattle. AWO is zeroed-in on these various proposals. In response to the Murray/Inslee report Schrappen wrote the following:

The loss of the Snake River dams would “devastate regional and national food security, the supply chain, and clean energy generation.”

Schrappen challenged the report’s claim that dams’ significant benefits could be replaced or mitigated.

Northwest rail and truck capacity are challenged to meet current demands. “It is unrealistic to believe that these two modes can absorb the additional 4 million tons of cargo moved through the Snake River locks each year.”

“The labor shortage is an ongoing concern and top priority for our members,” Peter Schrappen commented, citing both recruitment and retention. Demand for river transport is increasing. New people are needed – not just replacements.

Supply chain issues continue. Schrappen said engine components and maritime paints are hard to get, as are buoys and navigational aids. These west coast challenges could drive traffic to east coast ports.

Regarding infrastructure, Schrappen highlighted the following:

Planned dredging for the Columbia and Snake main and side channels and turning basins. “This is welcome news,” Schrappen commented.

The Columbia River bridge project is key and deck height for vessel clearance is a critical decision. Schrappen is pleased that the CG seeks a height of 178 feet.

Also positive is $146 million in system maintenance funding from the recent Infrastructure act.

PNWA’s Heather Stebbings cited regulatory challenges, particularly with timely permitting, as a top issue. She said that despite statutory, 135-day deadlines for inter-agency consultations, Northwest port projects “routinely wait one to three years for permits and some even longer.”

Stebbings said that recent NOAA programmatic changes with maintenance projects has led to a backlog – over 100 projects – in the Puget Sound region. NOAA expects it will take two years to work through that backlog, Stebbings said, calling it a very problematic delay for ports whose permits have been “on hold for up to four years.”

Stebbings predicts these Puget Sound tie-ups present national implications because, she explains, the Army Corps has adopted NOAA’s mitigation cost and maintenance policies which the Corps will apply nationwide. Right now, she says it is “unclear how the agencies will develop tools to apply this policy and if they will implement moratoriums in other regions during the development process.”

In an interview separate from his Board comments, Rob Rich, with Shaver, said high fuel prices are impacting northwest operators. He said fuel prices have nearly tripled since 2020. And the focus on decarbonizing transportation is particularly challenging, Tugs are an investment that can have a 50-year lifespan; running out of fuel is not an option. There are parallel concerns. Rich cited a Portland City Council policy to limit, and eventually shutter, petroleum storage facilities (Council will vote in August, but prior to deadline for this report).

Importantly, Rich noted that business “is good on our system right now.” The grain crop is big, and so is demand, particularly from Pacific Rim countries while world-wide supply has been constricted by the Ukraine-Russian war. Shippers are moving a lot of wood and wood products, concrete and petroleum.

Looking ahead
Schrappen expects new opportunities from offshore wind. He said AWO members “are investing and preparing to play an important role in this new market.” He added, though, that safe fairways for vessel traffic have to remain a top priority. And, on the west coast, new aquaculture areas are under development, presenting additional territorial constrictions for commercial traffic and operations.

Alt-energy business possibilities go beyond wind. Tidewater Transportation and Terminals, based in Vancouver, Wash., for example, has its eye on a new low carbon fuel standard adopted in Washington, effective in 2023.

Jennifer Riddle is Tidewater’s corporate communications and marketing manager. She said this will establish a green corridor from California through British Columbia. “We see this as an opportunity to increase movements of various alternative and renewable fuels as the program gains traction,” Riddle said. She explained further that Tidewater owns and operates a biodiesel blending facility at its Umatilla Terminal in Oregon. Now, the company is contemplating additional investments at terminals in Pasco and Vancouver, Washington, sites which already provide transportation, storage, pipeline, and multi-modal transfer services.

For Tidewater, though, and all other operators, the mega-decisions hanging over the whole northwest system weigh heavily. Riddle cited the “reliability” of the C-SR locks and dams, a critical aspect allowing Tidewater to work 24/7, 365. “This robust and vital river highway,” Riddle emphasized, “is one of the most efficient networks for moving commodities in the nation.”

If the four Snake River dams are breached, the world may not end, but it will be a far different world – for everybody. 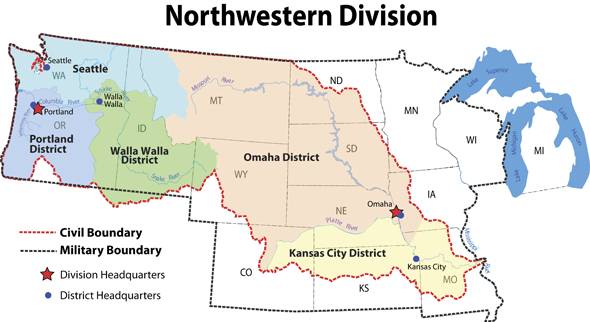