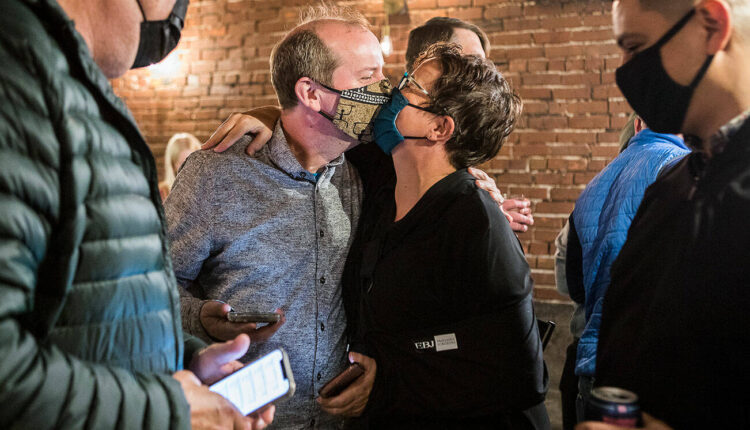 EVERETT – Voters made history with the counties in the first ever Everett City Council general election Tuesday, kicking off a wave of first-time officials to create guidelines and approve the budget.

After years of familiar faces on the city council, he seemed to be able to welcome four new members thanks to the boroughs.

And if the sums hold up, five councilors will be women, on a council that previously had more men.

In the midst of the new era for the city council, the executive branch is likely to have the same leadership.

Cassie Franklin is appointed mayor over challenger Steve Oss for another four years.

And in the race for the Port of Everett commissioners, one incumbent held his position.

Early returns showed 13,241 ballots cast in the city. In previous elections, when all offices on Everett City Council were occupied city-wide, most races received around 16,000 votes. An election for position 4 a few years ago brought the highest rating with over 30,000 votes.

Of two incumbents seeking re-election, only Liz Vogeli led in their race. Vogeli had 51.6% against Tommie Rubatino in District 4.

Mary Fosse had 57.7% of the District 1 ballot and was able to replace Paul Roberts, a four-year councilor.

The only other councilors with experience in elected public office are Brenda Stonecipher and Judy Tuohy.

In the District 2 race, Paula Rhyne was ahead of Greg Lineberry with 52.1%.

Don Schwab secured 77.5% of the vote to represent the neighborhoods in District 3.

Ben Zarlingo was ready to join the city council with 60.7% for the District 5 position opposite Demi Chatters.

Franklin, who previously served as a nonprofit executive and city council member, became the first woman to be elected mayor in 2017. She won this race with 44.7% in a tight competition against Tuohy, who was also on the city council at the time.

This year’s race wasn’t a big competition, with 73.55% of the ballots supporting Franklin for another four years. She said she wanted to use federal coronavirus aid money on childcare and housing for the unsecured, and called on the council to put in place a move to raise the donation cap in an upcoming vote.

“I’m of course very happy with the first results,” said Franklin. “Four years ago it was quite a nail bite, and four years ago we had no confirmatory results.”

In the Port Commission race, incumbent David Simpson was ahead of Scott Murphy with 57.28%.

The position has a six-year tenure on a three-person commission that creates guidelines. The commission oversees the state’s third largest port and its $ 61 million budget.

Mayor Cassie Franklin (right) kisses her husband David after receiving the first election results at Narrative Coffee in Everett on Tuesday. She led her opponent Steve Oss in her re-election bid as mayor. (Olivia Vanni / The Herald)

Mary Fosse (left), Liz Vogeli (center) and Paula Rhyne celebrate as the election results are read out at the Black Lab Gallery in Everett on Tuesday night. (Kevin Clark / The Herald)