Everett Police announced an arrest in a series of break-ins and vandalism Friday night to store windows in South Everett along Everett Mall Way and 19th Ave SE near Silver Lake. Here is the info from Everett PD on social media on Friday night. 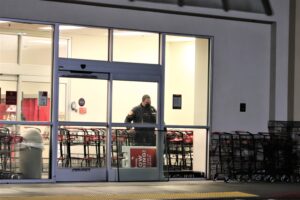 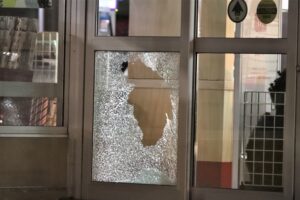 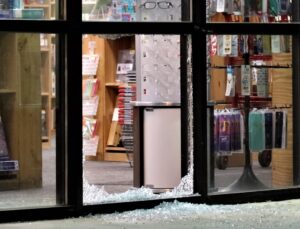 There was a recent spree of break-ins and malicious mischief in south Everett, killing numerous stores along 19th Ave SE, near Silver Lake and Everett Mall Way. As the crimes continued, patrolmen realized that the modus operandi (MO) of the crimes was similar and reviewed the reports through September.

In many of the crimes, shop windows were broken, shot at with a BB pistol, or removed without damage, and goods were taken away. Detectives checked over 30 cases and found most to occur within a mile of each other, and grainy surveillance video of a potential suspect on a bike was found. Investigators believed the suspect lived near Silver Lake, rode a bike to commit crimes and used the Interurban Trial to get to SE Everett Mall Way.

During the investigation, the Israeli Property Crimes Detective recalled a stolen U-Haul truck case in September that broke windows in a nearby store. The suspect was staying at a nearby motel, and body-worn camera videos of previous contacts with the suspect revealed that he had similar facial features, wore similar clothing, and rode a matching bicycle. An investigation has found a likely cause for the arrest of a 25-year-old man.

Officials from the anti-crime team located the male suspect in the same motel where he was contacted in September and arrested him. A search warrant allowed investigators into the suspects’ room, where a suction cup to remove windows, a BB gun, clothing and stolen property were confiscated. The man was transported to a local hospital on medical grounds, but received medical discharge tonight and booked in the Snohomish County Jail for possession of a stolen vehicle in the U-Haul case.

The detectives continue to investigate the incidents of burglary and malicious mischief, and believe they will forward criminal charges against the suspect to prosecutors in these cases.