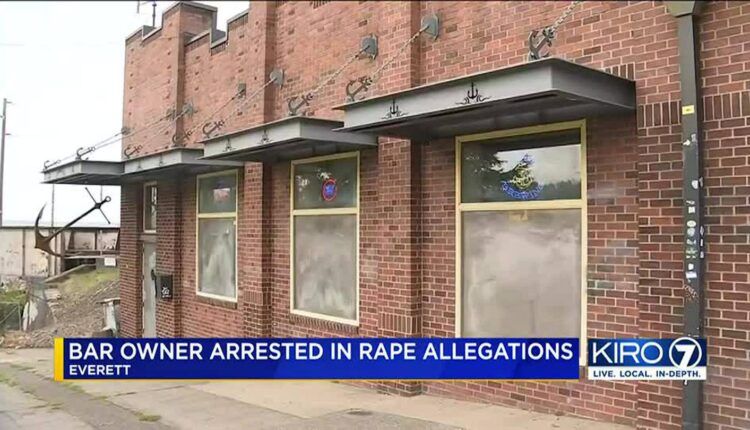 SNOHOMISH COUNTY, Washington – An Everett bar owner is charged in an investigation into which police believe he may have used a rape drug to sexually assault his customers.

Some of the allegations go back five years.

On Wednesday, a crew from KIRO 7 noticed a chain that was tightly closed around the bar’s door and only a few neon lights were shining in the windows.

Over the weekend, Everett police arrested the owner, 35-year-old Christian Sayre, who is accused of drugging and sexually assaulting his customers.

In a 15-page report, the police draw a picture of testimony from three women leading to three charges, two cases of rape and one of indecent liberties.

The first alleged incident dates back to 2017.

According to court documents, one victim said Sayre tried to kiss her forcibly before pinning her and pulling down her pants, making inappropriate comments and gestures.

During the same period, two other unrelated women announced that they were also sexually abused by Sayre.

A few years later, in 2020, another victim told police they believed they had been drugged and raped by Sayre.

The victim told the police that they could not remember many details.

The next morning the police said they had received a Facebook message from Sayre in which she said with a winking face, “Let’s see if you remember”.

According to the charges, other women had received similar messages.

Detectives said they are still investigating several other charges and believe there may be more victims out there.

Hence, now more than ever, it is vital to get in touch.

“These cases are very difficult because often people don’t get in touch because there was alcohol involved or they don’t know exactly what happened. It’s important and if people tell their story like this it can be properly investigated,” said Aaron Snell of the Everett Police Department.

Sayre put bail and was released from prison over the weekend. He is currently awaiting charges.

However, the investigators ask anyone with information to give them a call. You can remain anonymous.