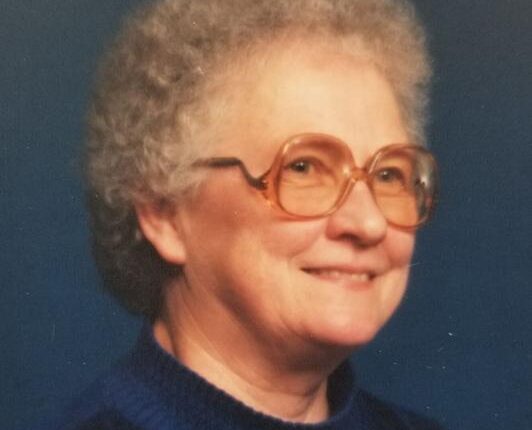 Eve and her twin brother Adam were born on November 12, 1934 to Otillia and Ignatius “Knute” Martian in Billings County, North Dakota. During her childhood, the family moved to Selah, Washington, where Eva graduated from Selah High School in 1953. One evening while cruising the streets with her best friend in the city of Yakima, Eva met Dale Udell Netherda. After a brief advertisement, they married in 1953. Their first two children, Shelley and Jeannette, were born in Yakima before moving to Vancouver, Washington, in 1956, where three other siblings joined the family: Pamela, Debbie and Dale. In their early Vancouver years, Dale & Eva’s Food Market were family-owned on 39th and Kauffman in Vancouver, where the whole family ran the store. For several years, the family also experimented with running an animal hobby farm in Ridgefield, Washington, which is still widely remembered today. Eva worked as a seamstress for Irma’s Draperies and later worked for many years at Bemis Company, now Hood Packaging Corp., from which she retired.

Eva loved being with her ever growing family. Unless it was a big family picnic, her home was the focus of all family get-togethers. She enjoyed cooking which was always casual home cooking and always delicious. Eva also ran a spotlessly clean house. It wasn’t uncommon for overnight guests to be woken up with the vacuum cleaner as she began her morning cleansing rituals. She also enjoyed collecting dolls that filled closets around the house. When someone asked why she had so many dolls, Eva said that when she was a child she hadn’t had a doll to play with because she couldn’t afford one, so she made up for the fact that she didn’t have one at the time.

A celebration of life will take place later in the spring of 2022. Memories of Eva’s life can be sent to PeaceHealth Hospice, Vancouver, WA.