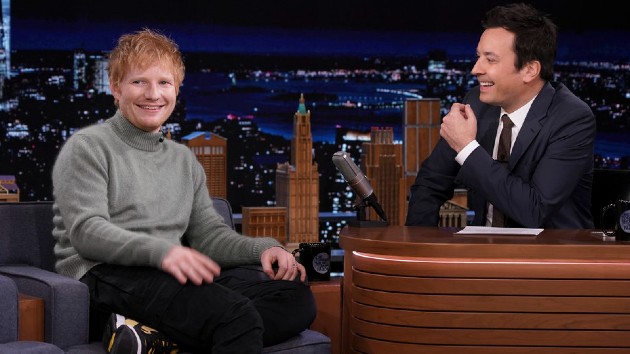 Last month, Ed Sheeran revealed that he and Elton John banded together for a Christmas single, and Sheeran shared some more details about the song during an appearance on the Tonight Show on Monday.

The “Shivers” singer told the host Jimmy Fallon that Elton called him last December, wishing him a Merry Christmas and inviting him to another Christmas carol because his classic “Step Into Christmas” had returned to the UK Top 10.

“So he called me on Christmas Day and said, ‘I want to do another Christmas carol, do you want to do that with me?” “Recalls Sheeran. “So I said to Elton, I really want to do a Christmas carol unless we go in, unless it’s like … sleigh bells, Ding Dong – it has to be a real Christmas carol. So I wrote a chorus and then I went and stayed with him and we wrote three and one of them was this one called ‘Merry Christmas’. “

“I thought, ‘We have to change this title because there are probably a lot of songs called’ Merry Christmas’,” he continued.

A release date for “Merry Christmas” is not yet known.