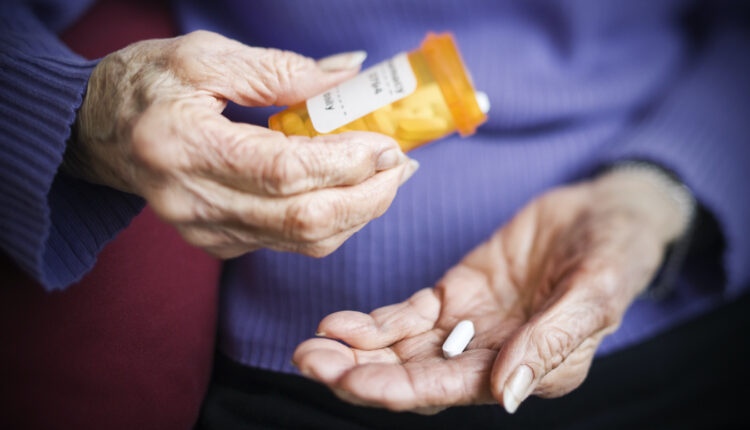 The Medicare prescription drug pricing plan Democrats unveiled this week is not nearly as ambitious as many lawmakers sought, but they and drug policy experts say the provisions crack open the door to reforms that could have dramatic effects.

Tamping down drug expenses has been a longtime rallying cry for consumers beset by rapidly rising prices. Although people in private plans had some protections, those on Medicare often did not. They had no out-of-pocket caps and frequently complained that federal law kept them from using drugmakers’ coupons or other cost-cutting strategies.

A plan offered earlier this year by House Democrats — which included robust negotiation over drug prices in Medicare — was blocked by a handful of moderates who argued that the price curbs would stifle innovation. The legislation also was on a course to hit roadblocks among senators.

The moderates favored more limited negotiation over drugs only in Medicare Part B — those administered in doctors’ offices and hospitals. Most people in Medicare get their drugs through Part D, which covers medicine dispensed at a pharmacy.

When it appeared that the bill to fund President Joe Biden’s social agenda would move forward without a drug pricing proposal, the pressure built, intense negotiations were held, and a hybrid proposal was unveiled. It includes identifying 100 of the most expensive drugs and targeting 10 of them for negotiations to bring those costs down beginning in 2025. It will also place inflation caps on prescription drug prices for all insurance plans, restrict copays for insulin to no more than $35, and limit Medicare beneficiaries’ annual out-of-pocket drug costs to $2,000.

“There was a sense that the government had its hands tied behind its back. Now a precedent is being set,” said Senate Finance Committee Chairman Ron Wyden (D-Ore.), who led the talks for the senators. “There’s going to be negotiation on the most expensive drugs: cancer drugs, arthritis drugs or the anticoagulants. And that’s a precedent, and once you set a precedent that you can actually negotiate, you are really turning an important corner.”

Drugmakers say the changes could stymie consumers’ options. “Under the guise of ‘negotiation,’ it gives the government the power to dictate how much a medicine is worth,” Stephen Ubl, CEO of the trade group PhRMA, said in a statement, “and leaves many patients facing a future with less access to medicines and fewer new treatments.”

But how, exactly, will the changes be felt by most Americans, and who will be helped?

The answers vary, and many details would still have to be worked out by government agencies if the legislation passes. House members warned some minor changes were still being made Thursday night, and it all has to pass both chambers.

One of the most obvious benefits will go to those who need insulin, the lifesaving drug for people with Type 1 diabetes and some with Type 2 diabetes. Although the drug has been around for decades, prices have risen rapidly in recent years. Lawmakers have been galvanized by nightmarish accounts of people dying because they couldn’t afford insulin or driving to Canada or Mexico to get it cheaper.

Under the bill, starting in 2023, the maximum out-of-pocket cost for a 30-day supply of insulin would be $35. The benefit would not be limited to Medicare beneficiaries.

That cap is the same as one that was set in a five-year model program in Medicare. In it, the Centers for Medicare & Medicaid Services estimated that the average patient would save about $466 a year.

Detailed analyses of the proposals were not yet available, so it is unclear what the fiscal impact or savings would be for patients outside of Medicare.

Another obvious benefit for Medicare beneficiaries is the $2,000 cap on out-of-pocket costs for prescription drugs. Currently, drug costs for people in the Part D prescription drug plans are calculated with a complicated formula that features the infamous “doughnut hole,” but there is no limit to how much they might spend.

That has led to consumers with serious diseases such as cancer or multiple sclerosis paying thousands of dollars to cover their medication, a recent KFF analysis found. Under current law, when an individual beneficiary and her plan spend $4,130 this year on drugs, the beneficiary enters the doughnut hole coverage gap and pays up to 25% of the price of the drug. Once she has spent $6,500 on drugs, she is responsible for 5% of the cost through the end of the year.

Limiting that expense is an especially big deal for people who get little low-income assistance and have expensive illnesses, said Dr. Jing Luo, an assistant professor of medicine at the University of Pittsburgh’s Center for Research on Health Care. “The patient pays 5% of all drug costs, and 5% of $160,000 is still a lot of money,” he said.

Medicare price negotiation is probably the highest-profile provision in the legislation — and the most controversial. According to the bill, the Department of Health and Human Services would be responsible for identifying the 100 high-cost drugs and choosing the 10 for price negotiations. That effort wouldn’t start until 2023, but the new prices would go into effect in 2025. Another 10 drugs could be added by 2028. No drugs have been identified yet.

To meet the concerns of some lawmakers, the legislation lays out specific provisions for how HHS would select the drugs to be included. Only drugs identified as one of a kind or the only remedy for a specific health problem would be included.

The list would also be limited to drugs that have been on the market beyond the period of exclusivity the government grants them to be free from competition and recoup costs. For most regular drugs, the exclusivity can last nine years. For the more complicated biologic drugs, the period would be 12 years. Using the exclusivity timing allowed lawmakers to skirt the issue of whether the drugs were still under patent protection.

The measure allows for prices to be negotiated to a lower level for older drugs chosen for the program. So, for example, the negotiated price for a non-biologic drug that has been available for less than 12 years would be 75% of the average manufacturer price. That would fall to 65% for drugs that are 12 to 16 years past their initial exclusivity, and 40% for drugs more than 16 years past the initial exclusivity.

Drugs from smaller companies with sales under $200 million are excluded because lawmakers were afraid tamping down their prices would harm innovation.

Some experts questioned whether the negotiated prices would be directly felt by consumers.

“It helps Medicare, without question, to reduce their expenditures,” said William Comanor, a professor of health policy and management at the UCLA Fielding School of Public Health. “But how does that affect consumers? I bet Medicare doesn’t change the copay.”

Yet, he added, the copayment is less of an issue if a consumer’s prescription expenses are capped at $2,000.

The provisions would apply to drugs purchased through Medicare and non-Medicare plans.

Over the long term, the idea is to slow the overall inflation of drug prices, which has exceeded general inflation for decades.

Drug prices would be pegged to what they were in March, and the system would go into effect in 2023, so there would be little immediate impact. (Some lawmakers had hoped to peg the program to prices from several years ago — which might produce a bigger effect — but that was changed in the negotiations over the weekend.) The long-term impact is also hard to judge, because under the current complicated system, many people who pay for drugs get assistance from the drug companies, and most generics in the U.S. are relatively inexpensive, Comanor said.

Over the long haul, though, savings are expected to be substantial for the government, as well as for consumers who don’t qualify for other programs to help pay drug expenses and need high-end medication.

At the very least, the legislation would move the U.S. in the direction of the rest of the world.

“The longer the drug is on the market, the lower the price,” said Gerard Anderson, a professor of health policy at Johns Hopkins’ medical school. “In every other country, the price goes down over time, while in the United States, it is common for prices to increase.”

When the Surges Just Keep Coming: A View From the Covid Vortex