SPOKANE, Washington – Shopping at some grocery stores in east Washington this weekend may have left people feeling empty. Buyers found several empty shelves when trucks carrying products such as produce, eggs, bread and coffee got stuck on the other side of the pass due to snow.

Now that the Snoqualmie Pass is open to commercial vehicles, store shelves are about to be filled.

Dunham spent two hours traveling to the grocery stores on South Hill to find all of the items on his grocery list.

Dunham also said that some of the stores he visited ran out of water, eggs and ground coffee.

“I needed some protein to make soup and we didn’t see any chicken,” McRoberts said.

McRoberts said the situation gave her the opportunity to visit grocery stores outside of the usual stores that she visits frequently.

“In a way, it’s good because then we see things that we wouldn’t otherwise have,” said McRoberts.

Rosauer’s management said they were expecting one Specialties and delivery of organic products last Wednesday. Due to pass closures, this shipment never arrived.

Governor Inslee declared a state of emergency for drivers trying to cross mountain passes. On January 8, Inslee amended this ordinance to include truck travel times for commercial vehicles with essential products.

The Snoqualmie and Blewett passes were open from 6 a.m. on Monday. WSDOT said White Pass would “likely reopen Monday afternoon.” However, the WSDOT said that due to dangerous conditions, “Stevens Pass is unlikely to reopen until Wednesday”. 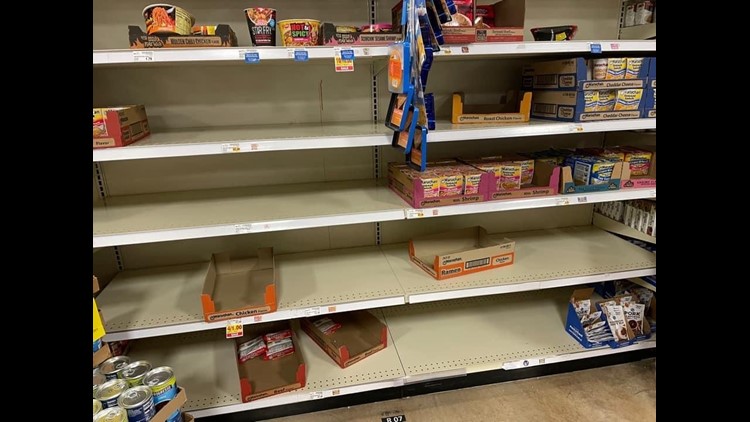 The Chiefs return to the ice after a 13-day break