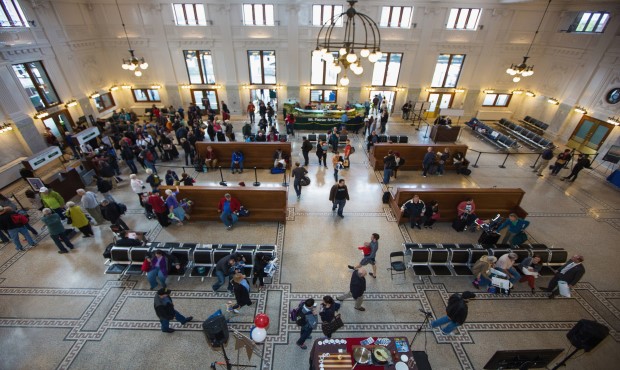 SEATTLE, WA – MAY 10: General view of the atmosphere during Amtrak National Train Day at King Street Station on May 10, 2014 in Seattle, Washington. (Photo by Mat Hayward / Getty Images for Amtrak)

Amtrak announced that the Coast Starlight service, which runs between Los Angeles and Seattle, will be fully operational on August 23rd.

Explosive forest fires in California could burn into December

“The Coast Starlight is widely regarded as one of the most spectacular of all train routes, connecting the largest cities on the west coast,” said an Amtrak press release on the resumption of service. “The landscape along the Coast Starlight Route is second to none. The dramatic peaks of the Cascade Range and Mount Shasta, lush forests, fertile valleys and long stretches of coastline of the Pacific Ocean provide a breathtaking backdrop for the trip. “

The lava fire that caused the damage to the railroad was 85% contained on Aug. 22, according to Bay Area Mercury News. Nine National Forests in California were closed due to the risk of fire.

EXPLANATION: Why it takes months to suppress some forest fires

Readers and Tweeters Ponder Vaccines and Points of Fairness