The Mariners have now played five games against the Red Sox this year. They have lost all five, most recently falling in a 4-3 affair at T-Mobile Park on Friday night.

Despite the nightmarish start to the game, highlighted by a 44-pitch first inning from left-handed starter Marco Gonzales, there was no shortage of opportunities for Seattle to win. His offense, however, squandered multiple scoring chances and wound up finishing the night 3 for 14 with runners in scoring position, leaving a whopping total of 23 men on base.

Losing in such a fashion has become all too familiar for the Mariners this season; and this loss, in particular, is especially frustrating coming off an impressive 6-3 road trip. With their four-series win streak now in jeopardy, they’ll spend the weekend trying to prevent this hiccup from snowballing into a much larger issue that erases the progress they have made towards the .500 mark.

But before that, it’s time to dive a little deeper into Friday night’s action and comb through the three best and worst individual performances Seattle had. There were certainly plenty of negatives to find across the board, but the night as a whole was far from a disaster. The lows were just really low, and the highs did not move the needle enough for the Mariners.

Let’s get into the specifics.

France has apparently put an end to his miniature slump, recording multiple hits for the second time in as many games. Unfortunately, neither of his knocks led to runs for Seattle, nor his MLB-leading 13th hit by pitch to lead off the bottom of the ninth. 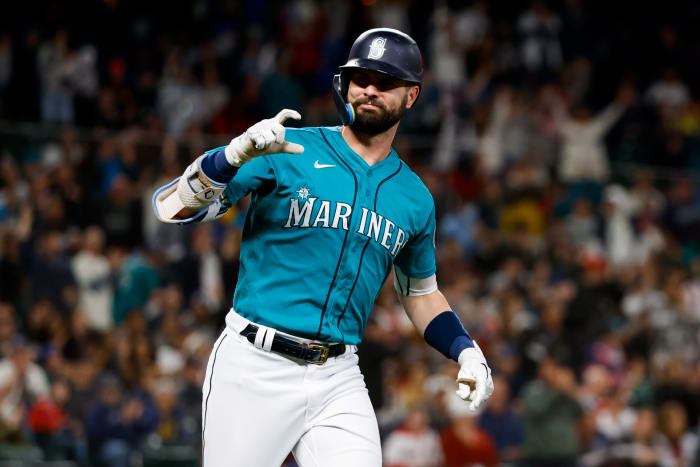 It certainly wasn’t a perfect night for Winker, who struck out twice and flew out with the tying run at third in the bottom of the eighth. Nevertheless, he still managed to hammer his fourth home run of the season, driving a Rich Hill slider 380 feet over the right field wall with an exit velocity of 103.3 MPH and a launch angle of 37 degrees. That broke the ice for Seattle’s offense and knotted things up at two runs apiece in the fifth. Shortly thereafter, Winker made a nice sliding grab near foul territory and dapped up a few fans before getting up. But his strong efforts, as he appeared to be gesturing in the picture above, came up just short. 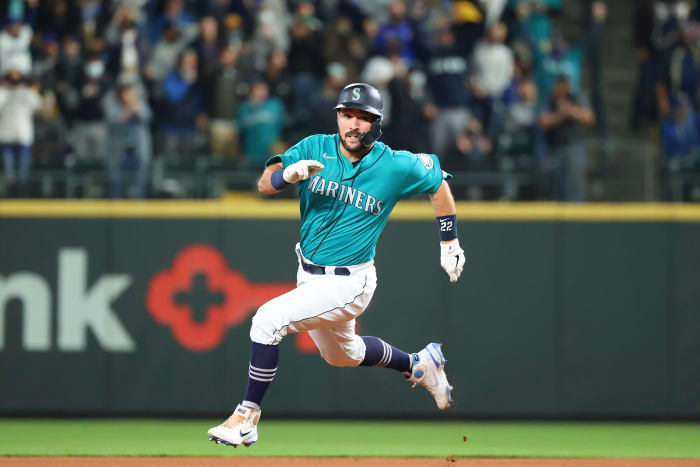 Torrens joined France as the only Mariners hitters to record two hits in this game. His double in the fifth, which registered an exit velocity of 101.4 MPH off the bat, helped set up Winker’s eventual game-tying blast. He also later singled to keep the eighth inning alive, which allowed catcher Cal Raleigh to drive in the team’s third and final run of the night. Torrens is now 7 for his last 19, potentially signifying a much-needed turnaround for the 26-year old. 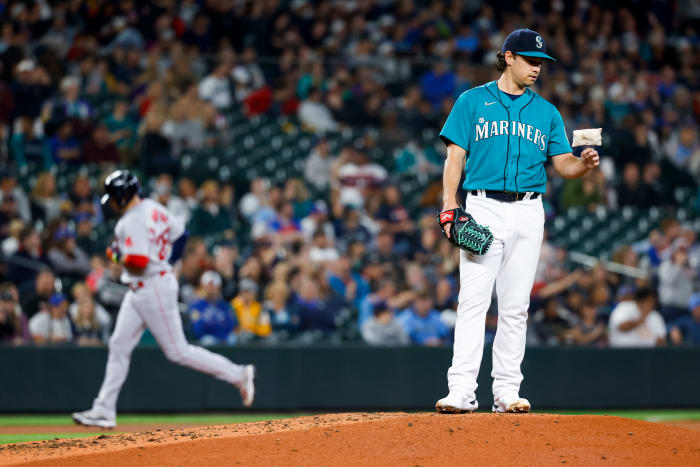 Gonzales had two outs through his first 15 pitches of the game, but it would take him another 29 to get the third. Running five full counts in just the first inning alone, which resulted in three walks, a strikeout and an RBI double by Red Sox shortstop Xander Bogaerts, it was clear from the start this was going to be long night for the 30-year old lefty . His command was non-existent, leading to a career-worst six walks on the night, yet he somehow made it through 4.1 innings with just two earned runs to his credit. Frankly, his final line should have turned out even worse than it did; his stuff was as non-competitive as it gets on Friday night. 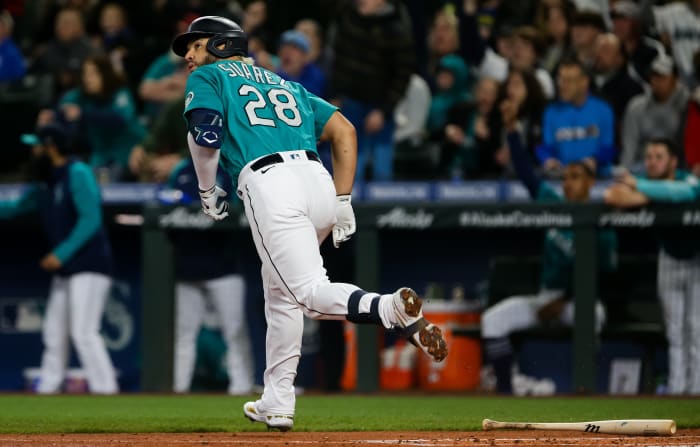 Despite his fourth-inning double, Suarez had a rough night at the plate. He was fitted for his second golden sombrero of the week, with two of his four strikeouts killing a pair of Mariners rallies. The first came in the fifth with the bases loaded and just one away, which saw Suárez go down with a weak swing on a slider from Red Sox reliever John Schreiber. The other hurt even worse, however, as the veteran third baseman failed to convert with the tying run on second in the bottom of the ninth, whiffing on two sinkers and a slider from righty Tanner Houck. One pitch later, right fielder Adam Frazier lined out to end the game. 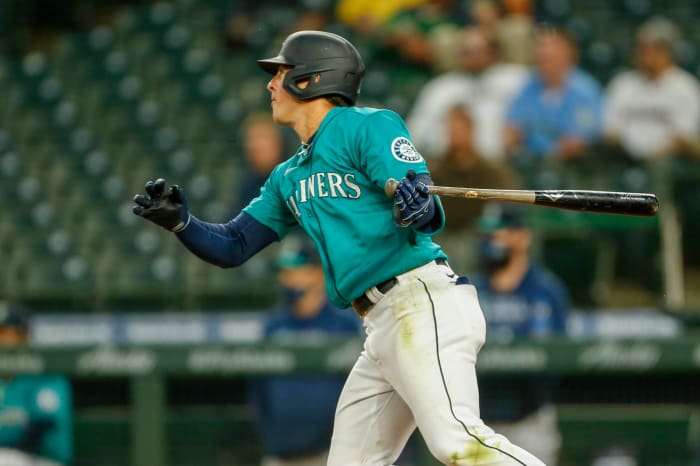 While he had just two plate appearances on Friday night, Moore may have cost the Mariners two runs—one for and one against. The latter came on Bogaerts’ RBI double in the first, which zoomed down the first base line and into the right field corner. Moore got to it in plenty of time and scooped it up cleanly, but his subsequent throw had very little on it, bouncing in to the cutoff man and affording Red Sox third baseman Rafael Devers enough of a window to score. Then, after Moore singled in his first at-bat to put runners on the corners, he gifted Boston a second out with a head-scratching steal attempt. Second baseman Abraham Toro then struck out looking, leaving Seattle scoreless after two and setting the tone for how the rest of its night would go.