The Everett Silvertips have finished no lower than second place in the US Division in each of the last eight seasons, hitting the 100-point mark in the regular season for the third time in Club history in 2021-22. After a disappointing conclusion to the campaign, the Silvertips return some real star power in 2022-23 including the reigning Bill Hunter Memorial Trophy winner in Olen Zellweger. Dennis Williams’ group plays an up-tempo style of hockey with a commitment to excellence in the defensive zone and to a man, the Silvertips plan on making this season count.

key returners
Forward Jackson Berezowski served as Silvertips co-captain last season, notching a career-high 46 goals before suffering an injury toward the end of the regular season. The 20-year-old earned an invite to Carolina Hurricanes camp along with his fellow co-captain from 2021-22, Ronan Seeley, and is certain to be one of Everett’s go-to players in all three zones in 2022-23. Olen Zellweger re-wrote the Silvertips’ defensive record book in 2021-22 with a 78-point season, earning WHL Defenseman of the Year honors along the way. Ryan Hofer, a Washington Capitals draft pick in 2022, brings size and soft hands up front too.

Who’s In And Out
Everett lost more than 160 points from last year’s lineup with the graduation of Alex Swetlikoff (Henderson, AHL) and Niko Huuhtanen (Jukurit, Finland) to pro hockey, but will welcome in plenty of players with promise this season including Czech forward Dominik Rymon, the Club’s first-round pick at the 2022 CHL Import Draft. Goaltender Tim Metzger is likely to share the crease with veteran Braden Holt after 20-year-old Koen MacInnes was dealt to Regina over the summer. Defenseman Tarin Smith had 34 points in 43 games with the U18 Saskatoon Blazers last season. 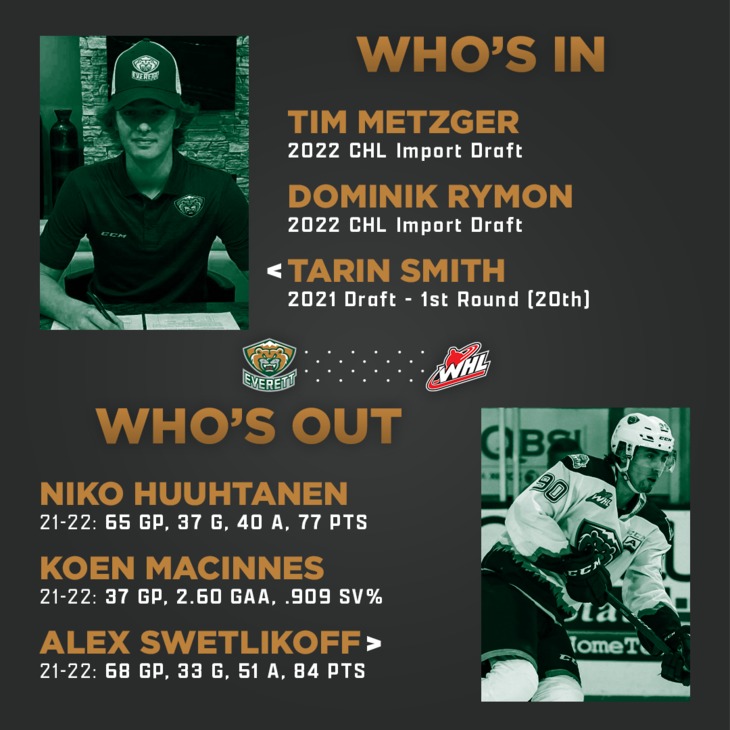 NHL Draft Prospects
Everett has had at least one player selected at the NHL Draft in seven of the past eight years, and will look to see that trend continue in 2022-23. Forward Roan Woodward earned a spot with the Silvertips as a 16-year-old last season, while defenseman Eric Jamieson put up four points in the pre-season this month after playing in a dozen regular season games for Everett in 2021-22. 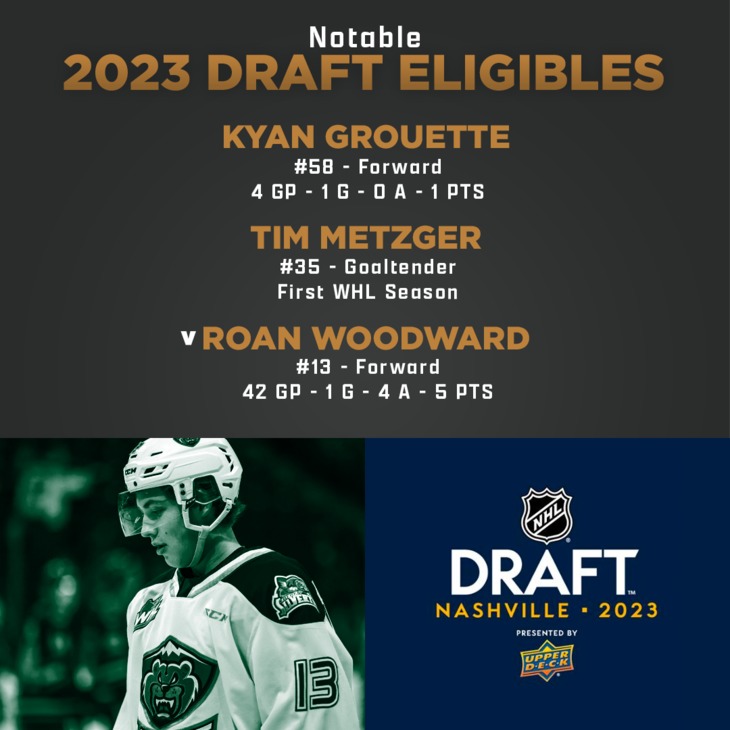